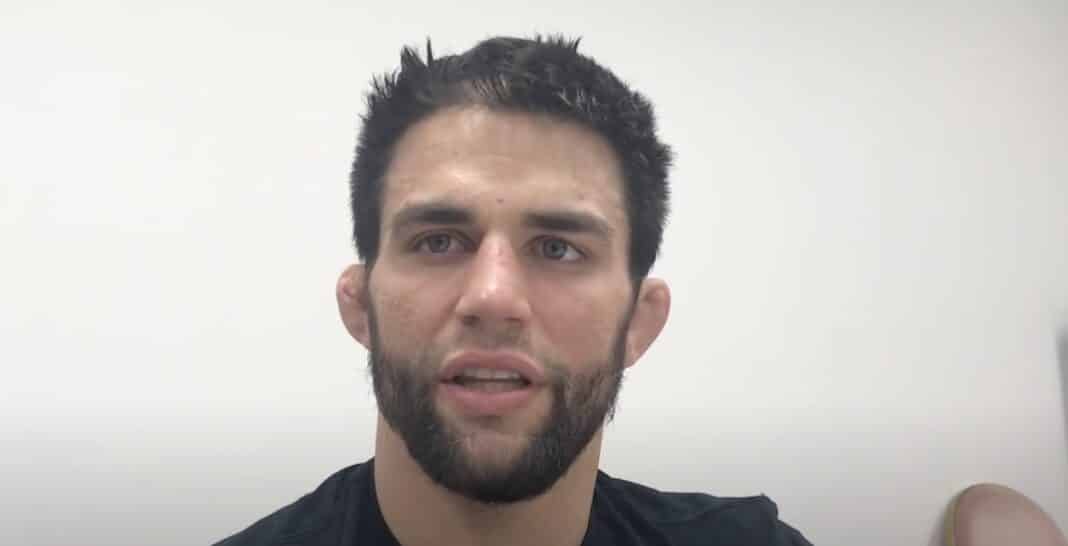 Garry Tonon is a New Jersey native that started amateur wrestling when he was in 5th grade. He enjoyed grappling and would be introduced to Jiu Jitsu after a friend invited him to a local BJJ tournament.

Tonon would become really interested in the martial art and would start training with his friend at his academy. Since Garry had wrestling experience, he was a natural at Jiu Jitsu and wanted to compete.

His time at his friend’s gym would be short as the gym was more MMA oriented. This would lead Garry to look for another gym that was more sport Jiu Jitsu based to help with his goal.

The next gym that Garry Tonon would train at was Ocean County Brazilian Jiu Jitsu.

At deBlass’ gym, Garry Tonon would immediately become one of his top students. Garry never missed a class and was on the mat constantly whenever he wasn’t in school.

Tom saw that Garry really had a desire to become a competitor and became deBlass’ pupil. Along with training under deBlass, Garry would also go with his coach to train with his friend Ricardo Almeida.

Almeida, who was also a Renzo Gracie black belt and a 4x ADCC medalist. Training with two high level black belts early on gave Tonon an edge in competition.

He would compete in both Gi and No-GI at tournaments nearly every week. Then at 17 after a few years of training, Tonon’s work would pay off. Winning the IBJJF World Championship at juvenile blue belt.

This led to Garry earning his purple belt right around the time he graduated high school. At purple belt, Tonon would win a Pan No-Gi Championship while attending Rutger University.

The lion killer would only be promoted to brown belt only a little over a year after earning his purple belt. At this time he was a full time competitor, student, and a coach at deBlass’ gym.

Tonon would also have his own gym Brunswick BJJ. Even though Tonon had a lot going on, this was a time in his life of struggle. Even though he was succeeding at competitions, Garry Tonon had no money and would often sleep in the gym.

Although he wasn’t deterred from his goal and would continue winning Jiu Jitsu competitions. This was also around the time that he began traveling to New York with deBlass to train with John Danaher.

In 2011 and 2012, Garry Tonon won the IBJJF No-Gi World Championship and the Pan Championship. This dominant run at brown belt would lead to deBlass giving Garry his black belt.

Before earning his black belt, Garry Tonon had already qualified for the 2013 ADCC Championship in Beijing, China. The competition took place just a month after he was awarded his black belt.

Tonon would make quite a debut at the competition. Winning his first match by RNC to face Kron Gracie, which would become arguably one of the greatest matches ever.

Both Tonon and Gracie would have an action pact match that everyone in attendance would stop and watch. Kron would get Tonon in a deep armbar, but somehow got out to score a takedown and take Gracie’s back.

He was up by points with only a minute left with a tight RNC locked in. Somehow Kron was able to escape, take Garry’s back and submit him with only seconds left. It was the best match of the tournament and maybe in ADCC history.

Even though Garry lost, he would compete against the absolute division as a last minute replacement. Fighting valiantly, but losing to Cyborg Abreu and Marcus Almeida, who outweighed him by over 20 kgs.

The BJJ world now knew who Garry Tonon was.

For the next year after the ADCC tournament, Tonon would compete in numerous pro grappling tournaments. This would lead him to being invited to the inaugural Eddie Bravo Invitational event in 2014.

During this period of time, Garry Tonon had been working closely with John Danaher. Learning his patented leg lock system and would introduce this facet of his game at EBI 1.

Garry would clean out the 77 kg division and submit all 4 of his opponents. Three by heel hook and one by RNC to become the first EBI champion

He along with his former teammate Eddie Cummings success at EBI would lead to their team’s nickname. The Danaher Death Squad.

Garry Tonon would represent DDS at EBI 6, EBI 9, and EBI 13. All of which Garry would win.

As of now Garry holds the EBI record for most wins and championships.

When Garry Tonon wasn’t crushing the competition at EBI tournaments, he competed at 3 ADCC events. The championships that were held in 2015, 2017, and 2019.

At his second ADCC appearance in 2015, Tonon would go 1-2 at the tournament. Beating Dillon Danis by heel hook before losing to Lucas Lepri and Vinny Magalhaes.

In 2017, Tonon would do a little better at this tournament going 2-2 in 4 matches, but missed the podium.

The Lion Killer has had some high profile Jiu Jitsu matches in his career. Everyone from Imanari, Lachlan Giles, Vinny Magalhaes, Gilbert Burns, Dillon Danis, and Vagner Rocha.

By far one of the most talked about and controversial was against MMA fighter and leg lock specialist Rousimar Palhares. Toquinho has had controversy follow him throughout his MMA career and this BJJ match was no different.

Palhares came into the match nearly 10 kgs overweight and possibly on enhancement supplements. The fight still happened and Garry Tonon attacked Palhares throughout the match, but the Brazilian muscled out of everything.

This match was sub only and would end in a draw at the time limit.

Through 2013-2017, Tonon was the busiest grappler in professional Jiu Jitsu. Having competed in all of the top promotions and won numerous titles.

Garry Tonon would then make the transition to MMA in 2018. Signing with the Singapore based MMA promotion ONE Championship.

Since John Danaher was the grappling coach for numerous top MMA fighters like GSP, the transition was easy for Garry.

He would make his MMA debut at ONE’s event “Iron Will” in Bangkok, Thailand. Tonon would easily win his debut with a TKO in the second round.

Tonon would fight two more times in 2018 and win both fights by submission. In 2019, the Lion Killer would have two more MMA fights and earn two more finishes.

Then after Covid-19 protocols were lifted, Tonon would fight again in December of 2020. Winning a decision and boosting his record to 6-0.

Around the time of Garry Tonon’s last fight, the BJJ community would learn that DDS was moving. The team was going to move out of Renzo Gracie’s blue basement and set up shop in Puerto Rico.

The initial goal of John Danaher and his team was to make Puerto Rico a hub for grappling and MMA. The best in the world would travel to a beautiful island to get world class training.

Immediately following the DDS team’s unsuccessful move to Puerto Rico, the team moved again. This time they would move to Austin, Texas, but they wouldn’t be forming a new gym together.

It was announced in July of 2021, that the DDS team was going their separate ways. Garry Tonon, Gordon Ryan, and John Danaher would form a team, while Craig Jones, Nicky Ryan, and Nick Rodriguez formed another.

As a professional grappler, Garry Tonon has done it all. Having won numerous championships and beaten the world’s best grapplers to create quite a legacy within Jiu Jitsu.

Now as a MMA fighter, Tonon is currently creating a legacy for himself within that sport. Currently holding a record of 6-0 with a ONE Featherweight Championship bout that will take place between now and 2022.

The Lion Killer is only in his early 30s and has many more years to add to his legacy. Attempting to build a world class Jiu Jitsu school and add MMA championships to his legacy.