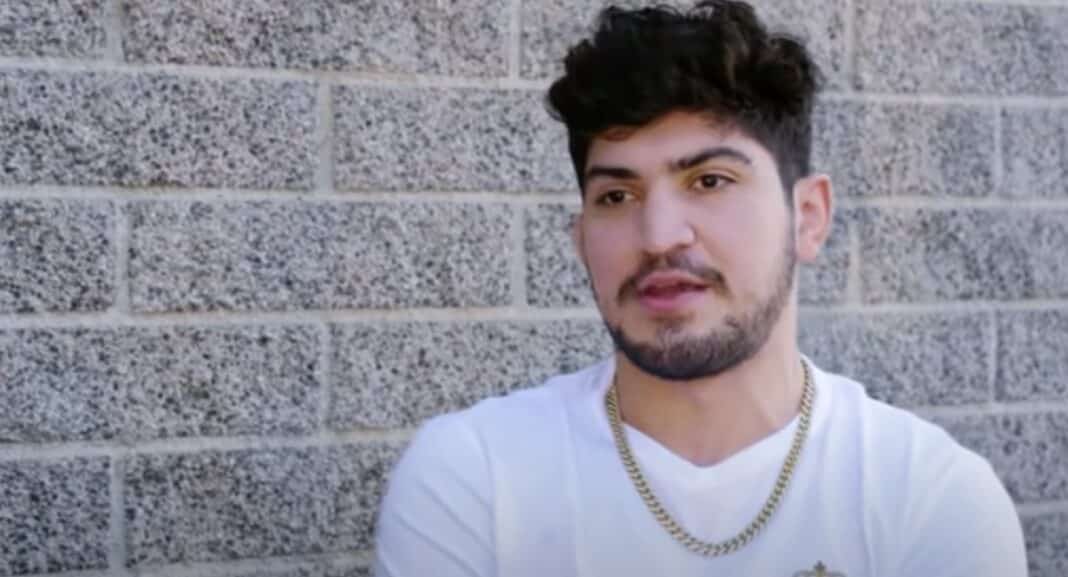 Dillon Danis decided that he wanted to take up grappling after getting in a fight at 15. In the fight, he was able to take the person’s back and lock on a RNC.

Winning the fight made him realize that Jiu Jitsu worked and that he needed to learn how to do it. His first instructor was a black belt named Jaime Cruz that would put Danis in the adult classes.

At 15, Danis was heavily outmatched by teammates who were bigger, stronger, and had more experience. He would routinely get beaten up by his teammates, but this would make Dillon Danis better at grappling.

To make his Jiu Jitsu better, Dillon Danis would also join his high school wrestling team and have moderate success.

Dillon Danis first BJJ coach, Cruz was a student of all time great BJJ athlete Marcelo Cruz. Dillon began going with his coach to Marcelo’s school in New York City when he was a blue belt.

He would routinely make trips to Marcelo’s school when he was a teenager. Then after graduating from high school, Dillon Danis decided to become a full time BJJ athlete. Moving to New York to train under Marcelo full time.

Under Marcelo, Dillon Danis became one of the best lower belts in the world. At purple belt, Danis would place 3rd in the Pans BJJ championship before earning his brown belt from Marcelo.

His impressive run would lead him to Marcelo awarding him with his black belt in 2015. Many expected Dillon Danis to do great things as a black belt.

From when Dillon Danis received his black belt in late 2015, he would compete professionally in BJJ for 2 years. The results would be mixed.

His biggest win would be double gold at Pans No-Gi 2017. After this win, Dillon Danis didn’t win another major title in Jiu Jitsu. He would win a few super fights and compete in ADCC twice, but did not medal at the events.

In 2016, Dillon Danis was contacted by Conor McGregor’s gym Straight Blast. They wanted him to come with Ireland and help Conor prepare for his rematch with Nate Diaz.

The two became immediate friends and Conor’s personality started to rub off on Danis a bit. Dillon began taking to social media and would insult Nate Diaz and his crew and the Stockton crew before Conor’s rematch.

This would turn into a common theme with Dillon Danis.

Dillon Danis’ new personality and online antics did not sit well with his BJJ coach Marcelo Garcia. So much so that he cut ties with Danis completely and banned him from his academy.

Garcia feels the way Danis is conducting himself disrespects the integrity of Jiu Jitsu. He didn’t want Danis or McGregor associated with his academy and the two have not spoken since the ban.

The Khabib vs Conor riot

Leading up to the Khabib vs McGregor fight, there was a lot of bad blood built up. It all started when Conor threw a dolley at a bus Khabib was sitting in before his fight at UFC 253.

When Conor threw that dolley it was basically a declaration of war between the two camps. Conor took to twitter and Dillon Danis followed suit to insult Khabib and his camp. Insulting everything from his family to his religion.

Tension was high on the fight not and it boiled over afterwards. Right after Khabib submitted Conor, he jumped the cage and went right after Dillon Danis.

Punches were exchanged as a full blown riot broke out. Dillon Danis would use riot to up his persona and began being more active on social media.

Claiming that he would be Khabib if they ever met in the octagon.

After a few years of talking, Danis finally made the jump to MMA. Signing with Bellator MMA in 2018 and having his first fight later that year.

Danis would win his debut against 2-5 Kyle Walker by toe hold. He would then fight 3-3 Matt Humpreys and win that match by armbar in the first round.

Dillon would then suffer a severe knee injury that would need complete reconstructive surgery of his knee’s major ligaments.

Even though Dillon Danis has not fought in two years, he has been really busy on social media. Literally spending everyday calling someone out for a fight that has never materialized.

Because of his antics, Dillon Danis has become one of the most disliked people in all of combat sports. Also the butt of many jokes as numerous memes have been made making fun of him.

There are literally too many fighters to name that Danis has called out. But here is a list of some of his most notable call outs.