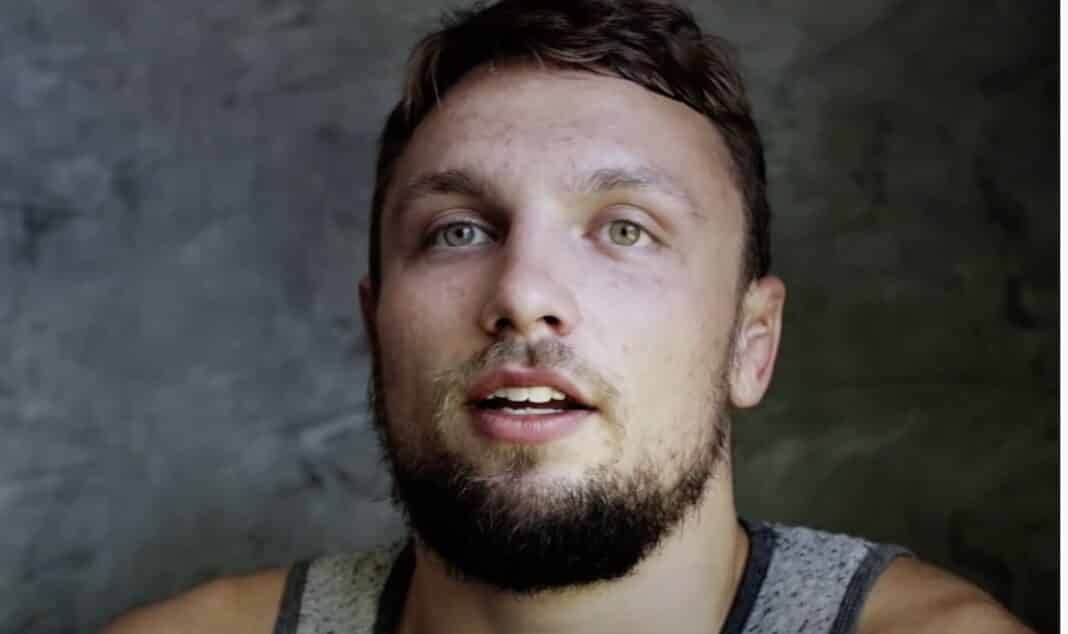 Craig Jones was born in Adelaide, South Australia and did everything a normal Australian kid does. Staying active and playing different sports from futebol to rugby.

His first exposure to martial arts was at a very early age. Training in both Taekwondo and Judo at a very young age.

Jones wouldn’t get into Jiu Jitsu until he was fifteen years old training under his cousin Matt Jones. Being a Jiu Jitsu athlete really wasn’t a thought at the time, but Craig was a big MMA fan. Initially getting into Jiu Jitsu with the idea of becoming a fighter later on.

At the time, Jiu Jitsu was nowhere as big as it is now in Australia. Where Craig lived, there weren’t very many BJJ tournaments, but he competed when he could.

Even with a limited amount of tournaments he could compete in, Craig Jones would find success early on. Becoming one of the more known lower belts at the time.

This led Craig to start having more aspirations within Jiu Jitsu.

After having successful runs at white and blue belt, Matt Jones would give Craig his purple belt. He would then spend a vacation in the United States, where he decided to compete in tournaments while visiting.

Jones was shocked to see how popular Jiu Jitsu was becoming on the other side of the world. Realizing that he could possibly make a career out of competing.

Upon returning to Australia, Craig Joneswould decide to move to Melbourne, where there were more opportunities for him in Jiu Jitsu.

Being at a more competitive gym took Craig’s Jiu Jitsu to the next level. Going on a tear through to become the best purple belt in Australia.

Then at the 2015 IBJJF World No-Gi Championship, Jones would prove that he was the best purple belt in the world. Winning his one and currently only world championship.

With his phenomenal performance at the No-Gi Worlds, Lachlan Giles would promote Craig Jones to brown belt. It wouldn’t be a long stay at the brown belt rank for Jones.

He would become a coach at Absolute MMA after becoming a brown and only spend a year at this rank. Giles quickly realized that Jones was already at a black belt level and promoted him to black belt in 2016.

Now that he was a black belt, Jones was ready to take on the best in the world.

The BJJ world would find out who Craig Jones is in 2017. He would get a spot on the EBI 11 tournament in the 77 kg division.

Going into the tournament, Craig was relatively unknown, but everyone would know who he was after. Displaying a high level leg lock game that at the time was only being done by members of the DDS.

His first match would be against 10th Planet standout and tournament favorite Nathan Orchard. Craig would slide under Orchard and lock in a heel hook in the first 15 seconds of the match.

One of the quickest finishes in EBI history. Then in his second match against Darragh O’Conaill, Jones would lock in a quick kneebar to punch his ticket to the finals.

At the finals, he would meet UFC vet Vagner Rocha and they would have a battle. Neither competitor won in regulation, so it went to EBI overtime rules.

Wagner was able to win in overtime to become the tournament winner. Even though Craig Jones lost in the finals, the BJJ community had taken notice of the Australian grappler and his abilities.

If the BJJ world didn’t take notice of Craig Jones after his EBI 11 performance, they would at ADCC 2017. He qualified for the 88 kg division, which was stacked with multiple world champions.

His first match would be against reigning IBJJF champion Leandro Lo, who was heavily favored to win gold. Craig would once again shock the world and submit Lo with an RNC.

Then in the second round, Jones would face another former world champion in Murilo Santana. In this match, Jones would land a flying triangle that many considered the submission of the tournament.

Unfortunately for Craig, he would lose to Keenan Cornelius in the semi finals. Then he would drop the bronze medal match to Alexandre Ribeiro.

Jones would then take part in the absolute division and would have two more matches. First beating Chael Sonnen by heel hook and then losing to Gordon Ryan by kesa-gatame.

After coming up short at his first ADCC event, Jones was one of the busiest grapplers on the pro circuit. Competing in 4 more competitions to wrap up his 2017.

Winning a match at Submission Underground before making his second EBI appearance at EBI 14. At his second EBI tournament it would be more of the same from the Australian grappler.

Getting 3 quick inside heel hooks to meet Gordon Ryan in the tournament finals. In the finals, Ryan would edge out Jones in OT.

In 2018, Jones would compete for the promotions Polaris, Quintet, Kasai Pro, Boa Super, Spider Invitational, and Grapple Fest. Going 14-4-1 to wrap up his 2018.

Then in 2019 leading up to his second ADCC appearance, Craig would stay busy as usual. Going 9-2-1 in preparation for that year’s ADCC event.

Craig Jones moves to the US

Since Craig is one of the most active professional grapplers, he is frequently on the road. This would make it hard for him to go back to his home in Australia and then travel back to the US.

So, Jones made the difficult choice of relocating to the US. This way, he wouldn’t have to travel nearly as far to make it to his competitions. During this time, he really didn’t have a home gym in the US and would train, where he traveled.

Craig Jones’s performance in the ADCC 2019 would be his best ADCC performance to date. He would compete in the 88 kg division and would go 3-1.

Beating Ben Dyson, Maso Fowler, and Jon Blank all by submission. Setting him up to face Matheus Diniz in the finals.

The two had faced each other before with Jones winning a decision, but Diniz would win the 2nd match 2-0. Earning Jones a silver medal.

After spending the last year or more being a nomad of Jiu Jitsu, Jones finally found a new home. He would join the Danaher Death Squad and train with them in Renzo Gracie’s blue basement.

Even with a pandemic shutting down most of the world, this didn’t stop Craig Jones from competing. He would compete primarily on Submission Underground events and the Austin, TX based Who’s #1 promotion.

The DDS moves to Puerto Rico

In a big move that shocked the Jiu Jitsu world, John Danaher and his squad moved out of Renzo Gracie’s Academy. Setting up shop on the island of Puerto Rico.

The initial idea was to attract the biggest names in Jiu Jitsu like Craig Jones to the island. DDS wanted to be a hub for the world’s best grapplers to come to the island and train together.

The DDS breakup and formation of the B team

Shortly after the move to Puerto Rico was a failure, DDS would move to Austin, TX. Although it was announced by John Danaher that the DDS were going their separate ways on Instagram.

Oddly enough both gyms are located in Austin, Texas and only a short distance from one another.

At 31, Craig Jones is at the prime of his career and has only begun to build his legacy. Since 2017, he has been one of the most active competitors in all of Jiu Jitsu.

Now that he has co-founded his own gym, Jones is ready to continue making his mark in pro grappling. Going forward, he’ll be looking to add more wins and titles to his resume.