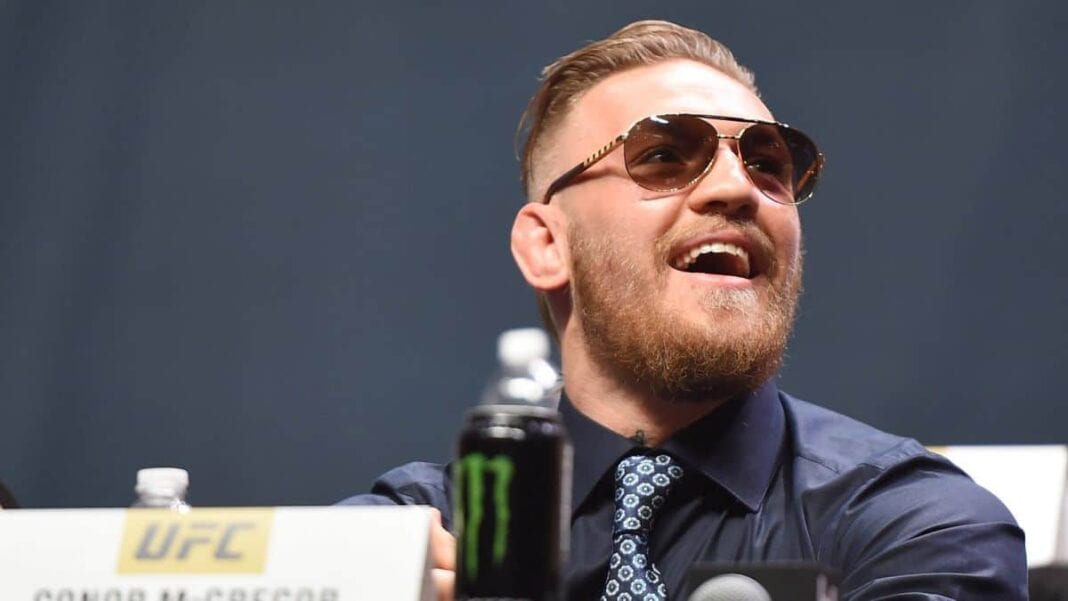 2015 has undoubtedly been a better year for the UFC then 2014 was in terms of fights, fight cards, and injuries. Although there were still some issues, and injuries that caused fights to fall apart, the UFC has put together a solid year, and luckily for fight fans, there’s still a tremendous amount to look forward to. 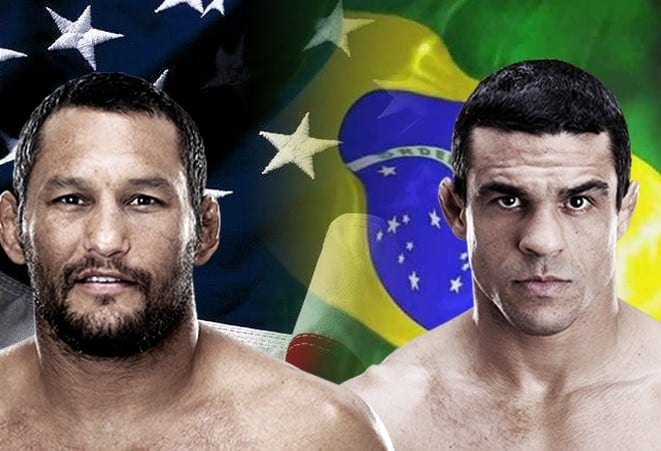 UFC Fight Night 77 is next up on the UFC’s schedule, as the card is set for November 7, 2015 live on FOX Sports 1 from Sao Paulo, Brazil. Despite being somewhat overlooked, the event packs a deep lineup of fights that should suit the needs of fight fans.

In the main event, two legends of the sport will do battle for a third time to settle the score, as Brazilian knockout artist Vitor “The Phenom” Belfort, and former Olympian Dan “Hendo” Henderson will square off. “Hendo” took home a unanimous decision victory back in 2006, but Belfort tied things up back in 2013, scoring a devastating head kick knockout.

Both men are undoubtedly past their primes, but both also possess unquestionable finishing ability, and it could provide for an exciting affair.

The co-main event features a solid light heavyweight scrap, as Brazilian slugger and No. 4-ranked Glover Teixiera takes on No. 9-ranked Patrick Cummins. Teixeira will be looking to work his way back to another title shot, while “Durkin” will look to add a big name to his resume.

Also on the main card, bantamweight phenom Thomas Almeida will clash with Anthony Birchak. Almeida scored a super impressive flying knee knockout over Brad Pickett last July, and has a ton of hype behind him, making this a must see affair. 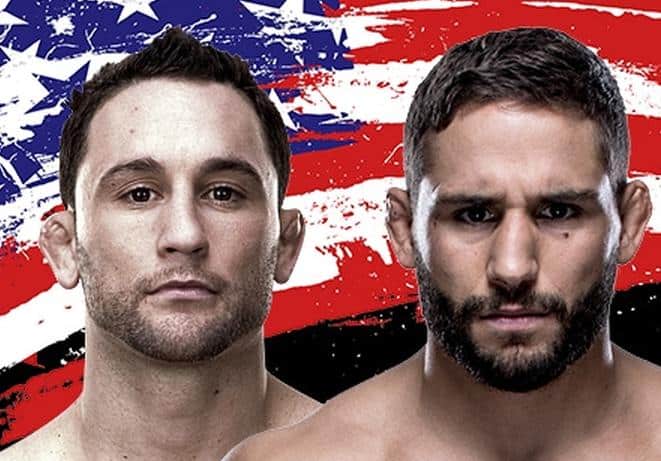 The Ultimate Fighter (TUF) 22 Finale is set for December 11, 2015 live on FOX Sports 1 from Las Vegas, Nevada. Despite not being completely filled just yet, the card appears to be quite an intriguing one.

The main event will feature a highly-anticipated and long-awaited featherweight bout between former lightweight champion and No. 2-ranked Frankie “The Answer” Edgar and former 145-pound title challenger and No. 3-ranked Chad “Money” Mendes.

Aside from reigning champion Jose Aldo and interim champion Conor McGregor, Edgar and Mendes are undoubtedly two of the best in the world at featherweight, and it should be a closely contested matchup that fans have been looking forward to for quite some time.

The co-main event features the return of undefeated Dagestani lightweight Khabib “The Eagle” Nurmagomedov who has been out of action for well over a year nursing numerous injuries. Nurmagomedov is thought to be the No. 1 contender in the 155-pound division and he will take on surging No. 8-ranked Tony Ferguson.

The always exciting Joe Lauzon will also compete on this card, squaring off with Evan Dunham.

The lineup as of now is as follows: 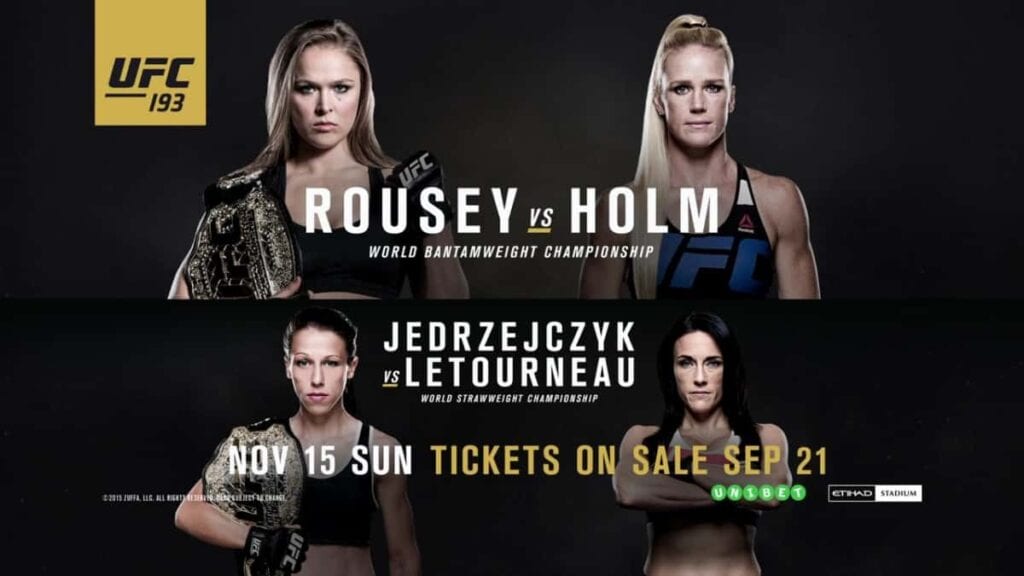 UFC 193 is set to go down on November 14, 2015 live on pay-per-view from Australia, and although it may not be the deepest card, it is being headlined by two title fights, and interestingly, two female title fights.

Dominant women’s bantamweight champion, and global superstar “Rowdy” Ronda Rousey will once again put her title on the line against what may be her toughest test to date in the form of former boxing champion Holly Holm.

Rousey has never fought a striker with the background, and experience of Holm, and it could provide for an intriguing challenge.

In the co-main event, rising star and women’s strawweight champion Joanna Jedrzeczyk will defend her strap against No. 9-ranked Valerie Letourneau. “Joanna Champion” has proved to be an extremely entertaining fighter due to her devastatingly vicious striking skills, and she may be someone you don’t want to miss.

Heavyweights Mark Hunt, and Antonio “Bigfoot” Silva are also set to do a rematch of their 2013 “Fight of The Year” candidate, while middleweight contender Uriah Hall will return to action to face off with Australia’s own Robert Whittaker. 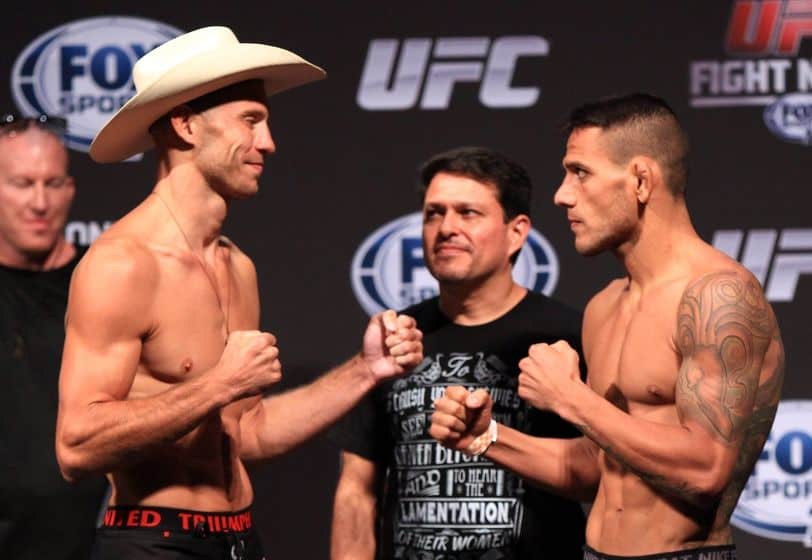 UFC on FOX 17 is set to go down on December 19, 2015 on big Fox from Orlando, Florida, and the UFC has given us an outstanding night of free fights.

Lightweight champion Rafael dos Anjos will put his title on the line for the very first time in the main event in a rematch against surging contender Donald “Cowboy” Cerrone. RDA scored a one-sided unanimous decision in the first meeting, but Cerrone has since rattled off eight-straight victories while looking impressive in the process.

We’ll also be treated to a highly-anticipated heavyweight bout that has been years in the making in the co-main event as former champion Junior Dos Santos will finally clash with Alistair “The Reem” Overeem.

If that wasn’t enough to excite you, fan favorite Nate Diaz will also make his return, as he will take on top-five contender Michael Johnson on the main card as well.

This card happens to be very deep with solid fights as well. Take a look at the lineup below: 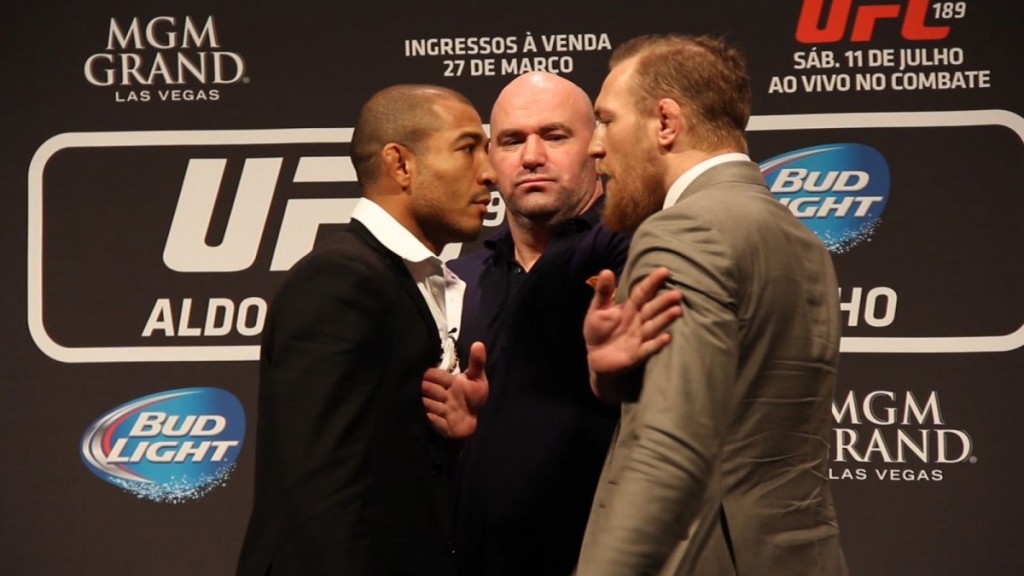 The main event obviously jumps out first, as we will finally get what we have been waiting for when reigning featherweight champion Jose Aldo puts his title on the line in a unification bout with Irish sensation and interim 145-pound champ Conor McGregor.

That’s not the only title fight, however, as middleweight champion Chris Weidman defends his title against No. 1-contender Luke Rockhold in the co-main event. This fight features an intriguing stylistic matchup between two of the best 185-pounders in the world both of which are in their prime.

The UFC has stacked the deck for this card, as middleweight standouts Ronaldo “Jacare” Souza, and Yoel Romero will do battle as well in a long-awaited scrap.

Brazilian veteran Demian Maia will face off with Gunnar Nelson in a matchup of extremely high level grapplers, and “The California Kid” Urijah Faber will fight Frankie Saenz as well.