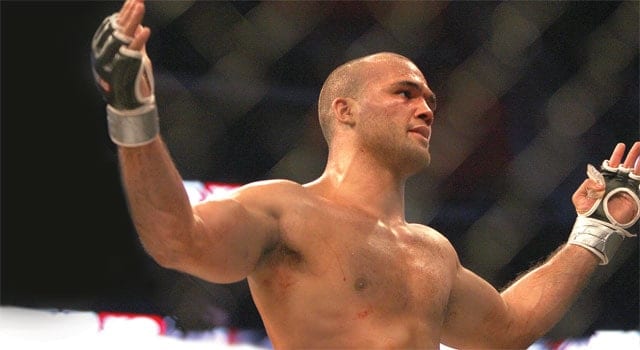 10. Robbie Lawler beat up by a girl

Before becoming UFC welterweight champion, Robbie Lawler roamed the MMA world searching for a place to call home. One of his earlier bouts was for ICON Sport in 2006, where ‘Ruthless’ fought Faliniko Vitale for the promotion’s middleweight championship title.

After setting a blistering pace early on, both men appeared to tire. Lawler still had one big combo left in his tank as the corner warned him to speed it up, and landed a brutal string of punches that put Vitale out. There was some confusion as the referee hesitated to jump in, so Lawler went from celebrating back to punching, and that seemed to annoy a lady in the crowd.

The woman rushes Lawler, taking him by surprise and landing a combo of her own, before security rushes the ring to keep them apart. No one knew who she was, and a google search asking ‘who was the woman that hit Robbie Lawler’ returns a top result of Rory MacDonald, so I still can’t tell you now.

Anyway, enjoy the bizarre video below, the fight ends at the 11:04 mark….