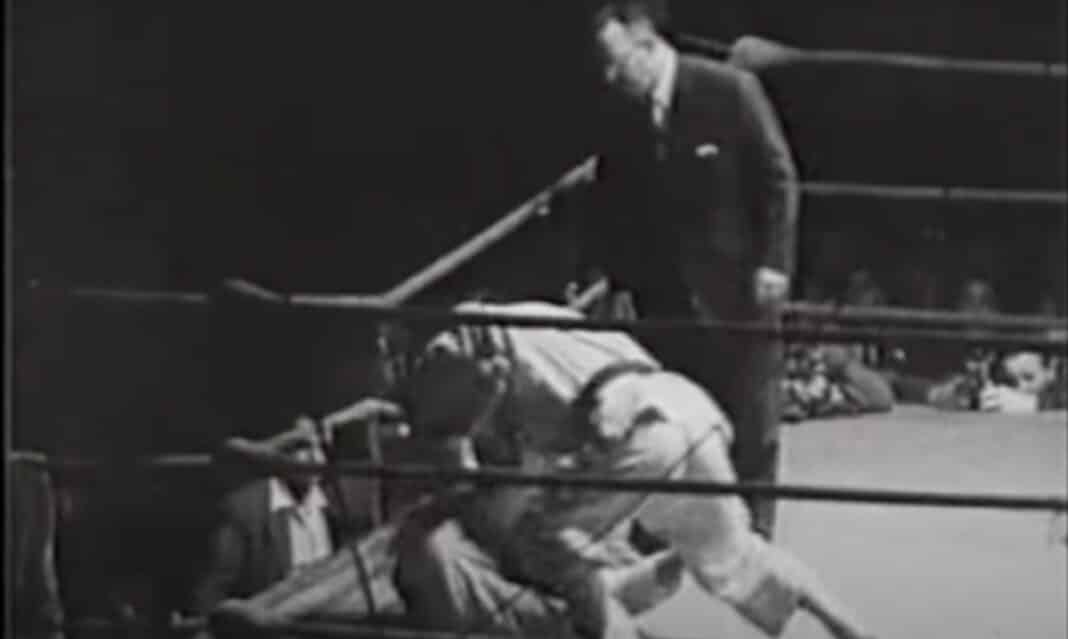 Mixed martial arts did not start with the first Ultimate Fighting Championship in 1993. It started decades before predominantly in the streets of Brazil.

Martial artists of various backgrounds would compete in what were known as Vale Tudo fights. These no rules fights enabled BJJ and MMA to grow into the martial arts we know them as today.

Vale Tudo has a long history in Brazil and we are going to give a breakdown of its history. Starting with how Vale Tudo started, the Gracie family, the BJJ vs Luta Livre feud, and the birth of MMA.

What is Vale Tudo?

Vale Tudo translates to anything goes, which is exactly what the fights were. Two fighters of different styles would agree to hand to hand combat with no rules and usually no time limit. Also no protective equipment.

There were no decisions in these fights, so your only choice was to stop your opponent.  Either by knockout, submission, or if the opponent quit.

When did Vale Tudo start?

Vale Tudo started in the early 1900s in the country of Brazil. At first, these fights were just sideshow attractions you’d see at a Brazilian circus.

There would often be a tough man with fighting experience at the center of this attraction. The promoter would offer a cash prize for any spectator that thought they could beat the fighter.

Also during this time, Brazil was a melting pot for different martial arts styles. The act of dojo storming became a common occurrence during the last century.

Circus and early fight promoters quickly took advantage of this and started organizing fights between fighters of different fighting backgrounds.

These Vale Tudo fights would take place for over 70 years primarily in the underground before fading away. Being replaced by MMA that was organized with actual rules.

Probably the most prominent figures with Vale Tudo in the last century were members of the Grscie family. Starting with two of the pioneers of Brazilian Jiu Jitsu Carlos and Helio Gracie.

Gracie would train for a few years with Maeda and started showing his brother Helio techniques he learned. The brothers started tweaking the Judo techniques to make them more suitable for their smaller body types.

The brothers began going out to test their fighting style against other martial arts. Particularly Helio that would take part in Vale Tudo fights from 1932-1967.

In 1960, they struck a deal with a broadcast company in Rio de Janeiro to air their fighting event. Their event was called “Heróis do Ringue.”(Heroes of the Ring)

This competition was headlined by Carlson Gracie and his relative Carley Gracie. It would only be aired one time before being pulled and never let back on Brazilian TV for decades.

The reason for this was what happened in a bout featuring future UFC 1 ref João Alberto Barreto. In the fight, Barreto locked on an armbar and snapped his opponent’s arm after he refused to tap.

When the heads of the television channel saw this, the contract was terminated. Vale Tudo would be forced back to the underground.

Decades after Vale Tudo fights began, they would be part of a bitter rivalry between BJJ and Luta Livre. A rivalry that lasted nearly 60 years and turned violent towards the end in the late 90s.

Luta Livre was a grappling style based off of catch wrestling and wasn’t trained in a Gi. Basically making the rivalry one of the first instances of Gi vs No-Gi.

For the first 40 years of the rivalry, the two sides were civil with one another. It wasn’t until the early 80s until the rivalry turned violent.

It started when a group from a Muay Thai school in Rio assaulted members of the Gracie family during Carnivale. One of which was a 15 year old Royce Gracie.

This enraged then leader Rolls Gracie and he gathered a group of fighters and stormed the Muay Thai school. Beating the school’s instructor.

From this dojo storm, the first BJJ vs Luta Livre fights happened under Vale Tudo rules. These fights would include future UFC tournament winner Marcos Ruas, which would end in a draw.

Rickson Gracie was later scheduled to fight Hugo Duarte, but thought Duarte was going to back out. This resulted in Rickson beating Duarte on a beach in Copacabana that numerous witnessed and was also filmed.

A crew of Luta Livre fighters would storm the Gracie Academy with knives and guns, but Helio defused the situation.

The rivalry would die down until 1991, when Wallid Ismalil insulted Luta Livre with his quote printed in a local paper. This resulted in a televised Vale Tudo event featuring Fabio Gurgel, Walid Ismail, and Murilo Bustamante.

BJJ would win the contest and the rivalry would die down for a few more years. With the last event between the two in 1997 that ended in a riot. Subsequently marking the end of the rivalry.

In the late 70s, Rorion Gracie moved to the US to spread Gracie Jiu Jitsu. After he and his family years building up Gracie Jiu Jitsu, he partnered with businessman Art Davie.

Together, they would put on a Vale Tudo style tournament called the Ultimate Fighting Championship live on PPV. Basically being a huge infomercial for Gracie Jiu Jitsu.

Rorion and his family would choose younger brother Royce as their representative in the event. The smallest member of the family would shock the world at this event.

Dominating larger opponents using the power of Jiu Jitsu. With that performance, BJJ would have its first explosion in popularity and MMA would gradually grow from it.

The end of Vale Tudo

At the turn of the century, MMA had become an organized sport. Complete with rule sets and fighters wearing protective gear.

With the emergence of MMA, the era of Vale Tudo would come to an end. Those Brazilian no holds barred fights would have a profound impact on martial arts. Particularly BJJ and MMA.

Through Vale Tudo, BJJ was able to prove itself as a legitimate and effective martial art. Then without Vale Tudo it is likely MMA wouldn’t even exist.