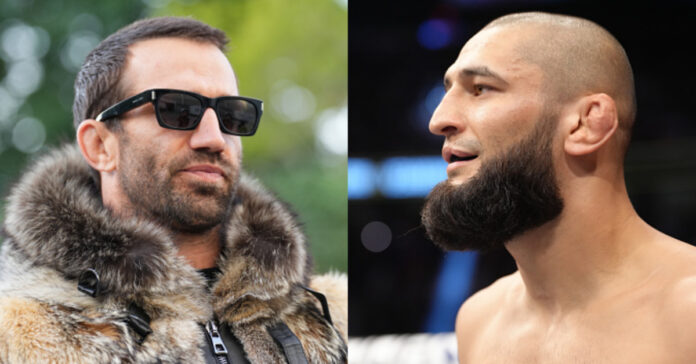 Former Strikeforce and UFC middleweight champion Luke Rockhold seemed to call it a career following his bizarrely entertaining bout with Paulo Costa and UFC 278 in August. However, there is a scenario where we could see Rockhold grace the Octagon once more according to the man himself.

While speaking with Kacper Rosolowski and Denis Shkuratov of Submission Radio, the one-time UFC world champion suggested that a big change in the middleweight division could inspire him to make another epic comeback.

“That Brazilian dude winning the title,” said Rockhold. “You’d have every wrestler in the f*cking game just chomping at the bit to get to that guy.”

That “Brazilian dude” Luke Rockhold is referring to is none other than Alex Pereira who will meet reigning middleweight champion Israel Adesanya at UFC 281 this November. Of course, even if Pereira scores the upset, Rockhold still has some reservations about returning to competition.

Luke Rockhold Was Not Impressed With Khamzat Chimaev

Shifting gears, Luke Rockhold was asked about his thoughts on Khamzat Chimaev and his heavily rumored move to the middleweight division after weighing in 7.5 pounds over the welterweight limit for his previously scheduled main event against Nate Diaz at UFC 279.

“I’m just not impressed with Khamzat, how he carried himself and missing weight by that much tells us so much about a person, you know? It’s like the pressure is getting to you and know you got a guy on the ground you can’t completely control like Nate Diaz, that’s gonna pose a little bit of a threat. You can wrestle him, but there’s worrisome. There’s a lot on the line. There’s a lot of pressure and he kind of b*tched out from what I saw, straight up. Now he wants to jump up to middleweight.”

As for how he feels about Paulo Costa, Luke Rockhold was less than complimentary, saying point blank that he didn’t feel Costa was “that good” when the two squared off in August but does believe the former UFC title challenger will have an advantage on the feet in a potential showdown with the undefeated Chechnyan.

“Paulo’s not that good. Paulo’s not that good at wrestling, I was just tired. He’s got a good initial burst, but there wasn’t much there with good energy. Chimaev seems like he’s a decent-level guy in the game of wrestling and grappling so, yeah. I don’t know. If he can get a takedown and rides that b*tch, I got Chimaev. On the feet, I think he might be in some trouble.

“It’s a good fight, but I’d favor Paulo on the feet and I’d favor Chimaev on the ground.”