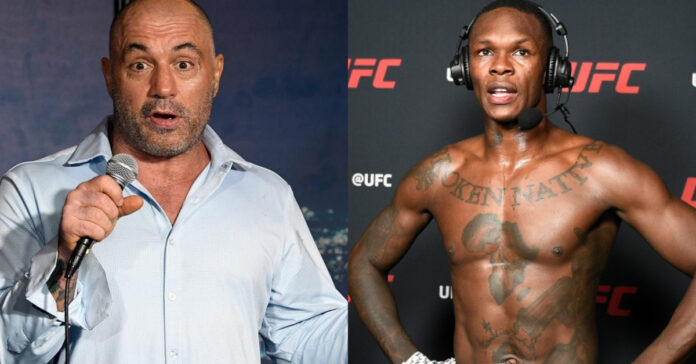 Joe Rogan argued that Israel Adesanya‘s legacy will not be affected by his next match.

Adesanya is set to face his longtime foe, Alex Pereira, at UFC 281 on Nov. 12 in the promotion’s grand return to Madison Square Garden. He is coming off a lopsided win over Jared Cannonier in his last outing in July at UFC 276. Pereira competed on the International Fight Week card as well opposite Sean Strickland, whom he knocked out with a vicious left hook in the first round.

In a recent episode of the popular podcast show, Joe Rogan Experience, the UFC color commentator shared his thoughts on what Adesanya has achieved in the sport.

“No, [it doesn’t do anything to his legacy] he’s a human being,” Rogan said (ht Middle Easy). “You can’t take away from what he’s done because what he’s done is spectacular,” Rogan said. “I mean, look at what he did to Paulo Costa. Paulo Costa was running through everybody, he walked down Yoel Romero. And Izzy just lit him on fire. Just lit them on fire. He never even had a chance in that fight. He was just getting outclassed.”

Pereira has clashed with ‘Stylebender’ on two occasions. He beat Adesanya the first time by decision and scored a violent knockout over him in their second encounter.

According to Rogan, Adesanya’s fight with Pereira will not be the same as their previous outings.

“I think the Izzy of today is very different than the Izzy that fought [Alex] Pereira twice. Both fighters are different. He’s different now. He’s better. He’s way better. And the thing about that fight that’s so intriguing is that he has five round experience of championship-level experience. He’s got a big moment experience. He’s got all these things. But Pereira has got that power. Everybody gets hit…That left hook is ridiculous, man. The one he hit [Sean] Strickland with.”