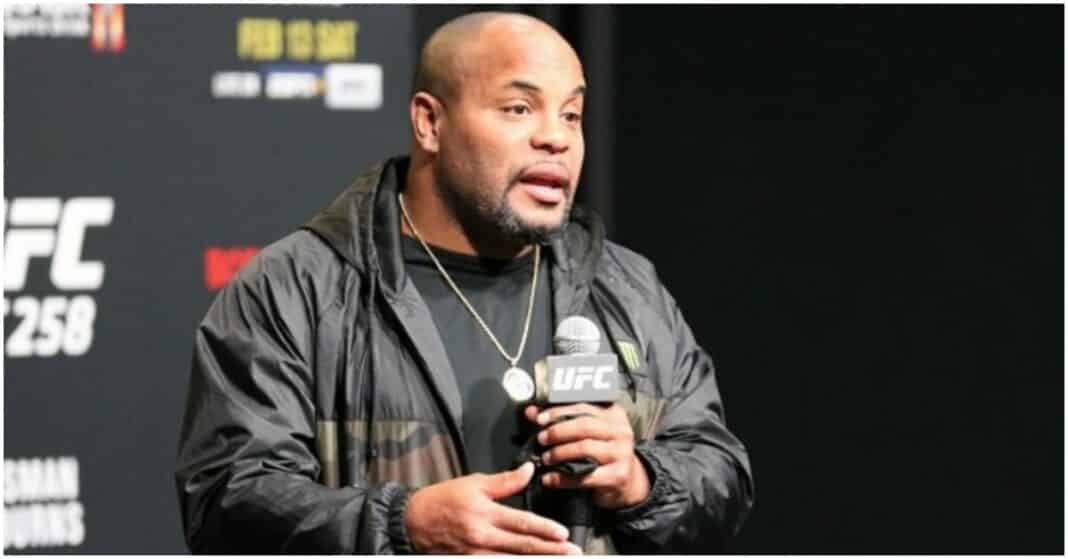 Daniel Cormier now accepts that Justin Gaethje is next in line for a shot at the lightweight title after previously claiming Islam Makhachev had leapfrogged ‘The Highlight’ with his first-round submission win over Dan Hooker at UFC 267.

‘DC’ took to social media following the Abu Dhabi based event to heap praise on his teammate while simultaneously downplaying the significance of the UFC 268 fight between Gaethje and Michael Chandler.

The former interim lightweight champion issued a fiery response to Cormier and the pair went back-and-forth for a while. Gaethje later accused ‘DC’ of “blatant bias”.

Ahead of his eagerly anticipated fight with Chandler, Gaethje insisted that he is next in line with a win and that if he didn’t get the winner of Charles Oliveira vs. Dustin Poirier, he would start a “riot”.

In the opening fight of the UFC 268 main card, Gaethje and Chandler put on one of the best lightweight fights of all-time. The two men went to war for three rounds before ‘The Highlight’ walked away with a unanimous decision win.

After watching Gaethje’s impressive UFC 268 performance, Cormier appears to have changed his tune on who should be next in line at 155lbs.

“Last night he went out there and did what he had to do in order to ensure that he keeps his championship fight, because he fought Michael Chandler and beat Michael Chandler – a very trained, well-prepared Michael Chandler,” Cormier said on his YouTube channel. “So hat’s off to Justin Gaethje, and honestly, I believe that he will be the guy to fight for the belt next.”

“Islam will have to fight again, and that’s OK because I believe that Islam will be able to handle just about any challenges in front of him,” Cormier added. “You have to, right? If you’re going to be the champ, you have to.” (Transcribed by MMA Junkie)

Do you agree with Daniel Cormier? Is Justin Gaethje next in line at 155lbs?