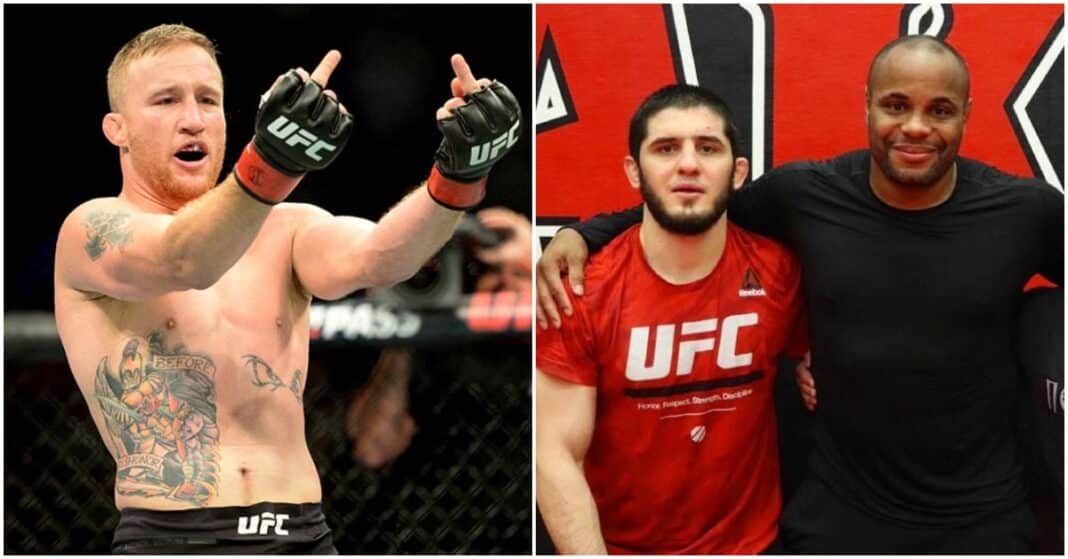 ‘The Highlight’ got into it with the dual-weight UFC champion in the aftermath of Islam Makhachev’s UFC 267 win over Dan Hooker. Cormier took to social media post-fight to say his former teammate should be next in line for a lightweight title shot while simultaneously dismissing the upcoming bout between Gaethje and Michael Chandler. The former interim lightweight champion issued a fiery response to Cormier and the pair went back-and-forth for a while before the debate came to an end.

Ahead of his fight with Chandler at UFC 268 this weekend, Gaethje revealed that his problem with Cormier stems from the fact ‘DC’ shows blatant bias towards certain fighters despite the fact he works on the UFC commentary team.

“I was just calling out the blatant bias,” Gaethje told ESPN. “You have a job and you can’t stay in the middle. So that’s a problem and I got to call it out… I don’t care what he thinks or says right now. This is about me, this is about my team, this is about Michael Chandler. That’s all irrelevant. Just watching the interview I was like, ‘Holy shit! Suck it harder, man. Can you hide your bias a tiny bit?’ That was my thought process that night and then I went to bed and I didn’t think about it since then.”

Gaethje is adamant that he will have earned a title shot if he beats Chandler this weekend. The long-time lightweight standout insists Makhachev still hasn’t earned his spot in the 155lb title picture.

“If I win Saturday and I don’t get a [title] shot, there’s no way I can let that happen and go away quiet… [Dan] Hooker, it wasn’t even, it was a late replacement fight. It’s not like he trained for that fight. He’s still hasn’t fought a top-caliber fighter in the UFC. That’s my mindset.” (Transcribed by Sportskeeda)

Do you agree with Justin Gaethje? Is Daniel Cormier blatantly bias?