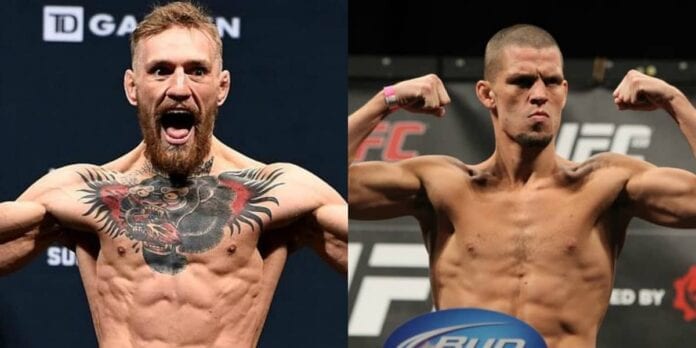 Dates, schedules, opponents, and main events change all the time in mixed martial arts (MMA). But for UFC featherweight champion Conor McGregor, half of his promotional stint has been based around last-second tweaks.

To little concern of the Irishman, these unsuspecting changes have no stopped his meteoric rise. Due in part to his habit of training to simply get better, not necessarily for a singular opponent, McGregor has continued his winning ways en route to becoming the biggest star in the sport.

However, there will come a time when these perennial switches so close to fight night end up hurting McGregor’s stock. While it may not come in the form of defeat, it may at least diminish his aura of invincibility.

Unfortunately for fight fans of all shapes and sizes, the featherweight king’s jump up to 170 pounds this coming weekend at UFC 196 may be the straw that breaks the camel’s back. McGregor’s opponent, Nate Diaz (who is filling in for Rafael dos Anjos), possesses a significant size advantage and understands how to utilize distance as good as anybody. Not to mention he possesses a chin that has held up for the most part over eight years of UFC competition.

Their matchup undoubtedly seems glorious on paper, but with somewhat contradicting movements inside of the cage, and our expectations for McGregor every time he takes flight, UFC 196 may in fact produce a dud.

Here are five glaring reasons why a McGregor vs. Diaz tilt will disappoint the masses.