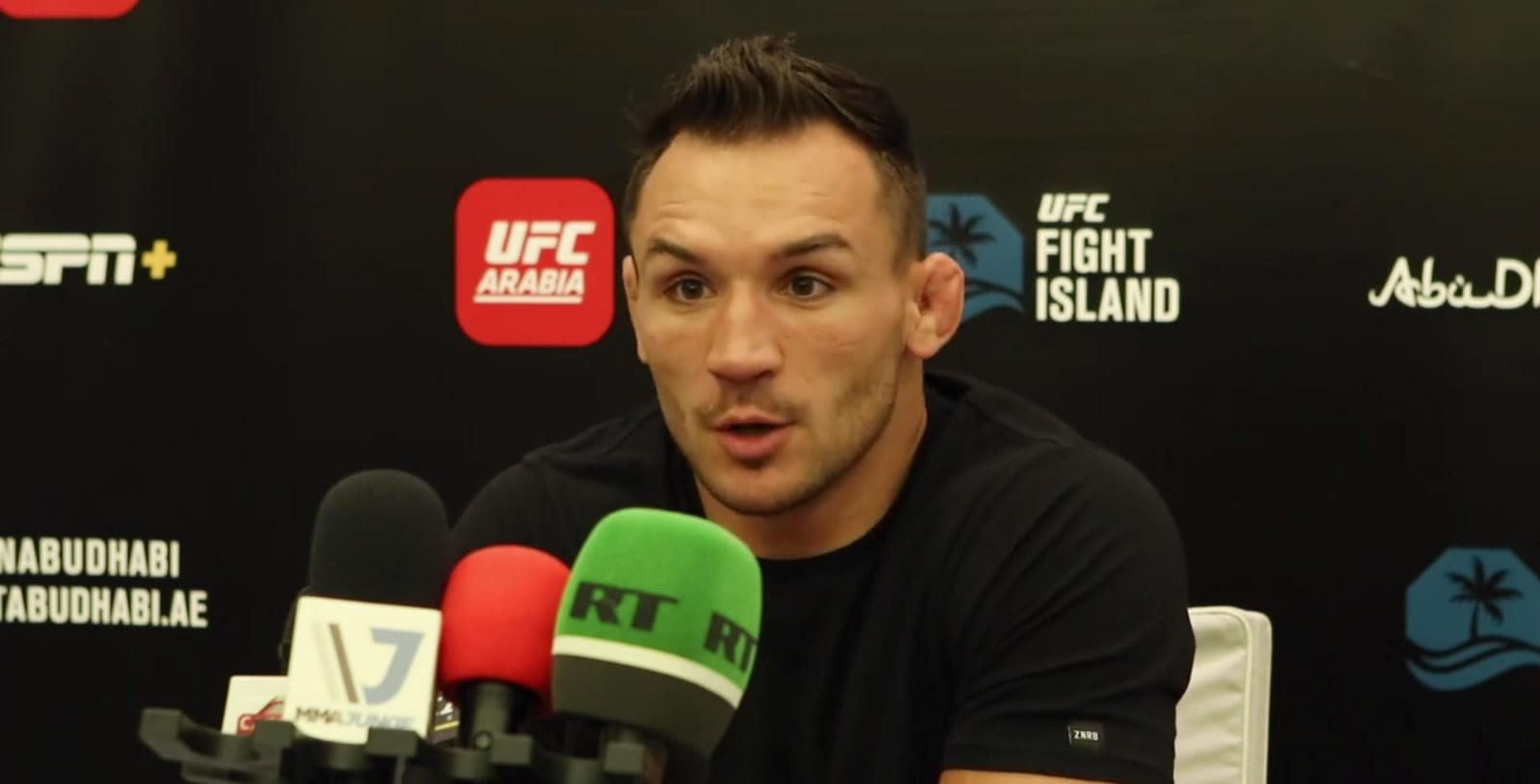 With an outsiders chance of featuring at UFC 254 this weekend on ‘Fight Island’ – main event backup, Michael Chandler will be keeping tabs on both headliners, Khabib Nurmagomedov and Justin Gaethje – but also has noted plans once more for a potential Octagon debut against Tony Ferguson should his short-notice services fail to be called upon on Saturday.

The decorated veteran has struck lightweight gold under the Bellator banner on three separate occasions, and following a ten-year stint with the Scott Coker led promotion – inked terms on a multi-fight deal with the UFC following months, if not years of speculation as to whether or not he’d ever step foot in the Octagon.

While the promotion had reached out to Chandler in regards to his interest as serving as a potential backup to the above-noted lightweight title unification matchup of Khabib and Gaethje, they had also attempted to put together a potential title-eliminator between former interim champion, Dustin Poirier and Chandler. With terms proving a sticking point with Poirier – as well as the Lafayette native’s decision to remain loyal to Ferguson following a failed matching of the two, Chandler remained unmatched.

With Khabib and Gaethje booked to throw-down this weekend and the promotion actively attempting to nail down a January 23 rematch between Poirier and former two-weight world champion, Conor McGregor for UFC 257 – Michigan native Chandler has noted how a pairing with Ferguson continues to make sense logistically, given the fact both are without fights at the moment.

“You know, I see – I see obviously Khabib (Nurmagomedov) and (Justin) Gaethje fighting this weekend – or at least they’re matched up if I don’t fight,” Chandler told MMA Junkie’s John Morgan at a media day today ahead of UFC 254. “And then Conor (McGregor) and (Dustin) Poirier looks like its gonna get done, it’s not done yet. That leaves Tony Ferguson – he and I have had some back-and-forth, [we’ve] spoken over social media – callouts here and there.“

“I think he’s down to fight, I think I’m down to fight. I think that’s the perfect fight to introduce me to the UFC fans, to who I am. I think Tony Ferguson’s the scariest guy in the division. you know? He’s got a screw loose and he fights like it, you know? And it’s admirable, so it would be great – I think that would be a great introduction fight for me.“

10th. Planet Jiu-Jitsu black belt Ferguson headlined UFC 249 against the aforenoted, Gaethje in May, dropping his twelve-fight winning streak in a damaging fifth-round knockout loss with interim spoils up for grabs.