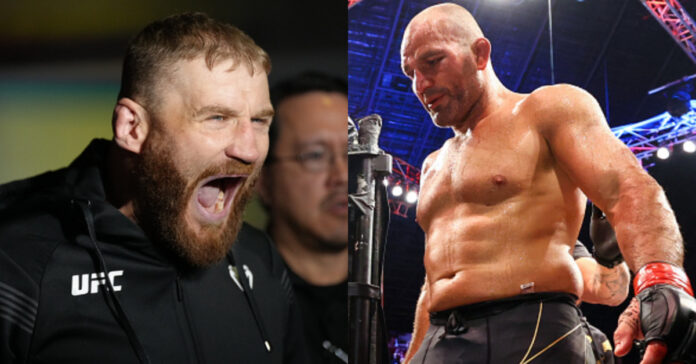 Following his third-round win over Aleksandar Rakic in May, Jan Blachowicz expects the UFC to give him the first crack at new UFC light heavyweight champion Jiri Prochazka.

At UFC 275, Prochazka defeated UFC mainstay, Glover Teixeira, in an absolute war that many called a potential Fight of the Year candidate. It was a back-and-forth affair that saw both fighters on the cusp of a finish. In the end, the Czech fighter scored a rear-naked choke with just 28 seconds left in the fifth round to get the submission and his first piece of UFC gold.

While speaking to The Schmo, Blachowicz discussed a potential title bout with Prochazka and admitted that he would be upset should the UFC move forward with an immediate rematch between the new world champion and Teixeira.

“Of course, I will. And he will be upset when they give me this title shot. It’s normal, yeah? But I think, yeah, I would like to prove the world that I will just get this belt back.”

Despite early rumors that the UFC may be considering a rematch of the UFC 275 main event, Blachowicz believes that the UFC will give him the opportunity to reclaim the light heavyweight title next.

“I believe in that. I believe everything what you say right now…I don’t think they would not give it to me. But if [I’m not given a title shot], I don’t care. I never choose my opponent.”

Jan Blachowicz laid down the challenge to Jiri Prochazka on Twitter calling it the “Battle of Europe.” Speaking to Ariel Helwani on The MMA Hour, the new light heavyweight king expressed an interest in taking on the Polish pounder, calling him the “most dangerous man” in the division, aside from himself of course.

“I think the most dangerous man here in the light heavyweight division, after me, under me, there is Jan Blachowicz — and I think he can be the next challenger of me.”