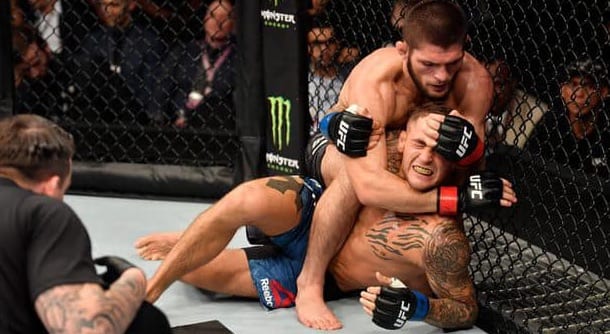 The rear naked choke is without a doubt the most known submission in the world and practiced in every type of grappling art.

The rear naked choke or RNC is extremely simple to do and possibly the most effective submission in grappling. As Helio Gracie said, “For the choke, there are no tough guys. With an armlock he can defend, but with a choke he just passes out and goes to sleep.”

A rear naked choke may be the best technique in Jiu Jitsu and grappling, but it also has many details. It is very simple to do, but there are so many details grapplers forget to do to make it perfect.

When was the rear naked choke invented?

Art and sculptures of ancient wrestlers and gladiators administering a rear naked choke. Even images of men strangling lions, which is how it got its name in Portuguese, the mata leão(lion killer).

The name for the rear naked choke in Judo is the hadaka-jime and sleeper hold in wrestling. Its age isn’t known, but for thousands of years people knew you could kill someone by hugging their neck.

How does the rear naked choke work?

A rear naked choke is a classic blood choke that cuts off blood to the brain. Within seconds your brain shuts off and you go to sleep if you don’t tap.

How it works is the hand that goes around the neck is the choke arm. The other is the top arm that locks the choke in.

How to do the rear naked choke

For this section, we’re going to say you already have back control and are ready to lock in the real naked choke. There’s numerous ways to get back control, but the steps for the rear naked choke are always the same.

You have back control with your hooks in and your seatbelt grip set. Make sure you are tight against your opponent like a backpack with no space.

The seatbelt grip is one hand under the armpit and the other over their shoulder. Your bottom hand covers your top hand to protect it when the opponent goes to defend.

What is just important as the choke is your hooks. Having your legs hooked around the opponent’s body tight to keep them in place for the choke.

Now for the steps to do the rear naked choke. Fall to the side of your choke hand and start to get your grips. Slide your choke hand under the opponent’s chin and cup their shoulder to keep them from peeling it off.

The top hand slices behind their head as you grab your bicep. As you have your grips set, slowly squeeze using your whole body to get the submission.

If your opponent is good at defending an rear naked choke, there is a technique you can do called an arm trap. It takes one of their arms away allowing you to attack them with 2 arms against their 1.

When you do an arm trap it will always be the top arm that you’re trapping. You can’t trap them with your bottom leg, because you have no space to trap their bottom arm.

From your seatbelt grip you grab the opponent’s top arm with your bottom arm.

Push it down to their stomach and as you do hook your leg over it to trap it against their body.

Make sure to dig your heel into the opponent’s stomach to secure the arm trap. With the arm secured, you can start to set in your rear naked choke.

There is actually an rear naked choke option with the opponent’s arm in. This choke is similar to how a variation of an ezekiel choke from back control works. It’s not a high percentage choke as the normal rear naked choke, but it is an option.

From the seatbelt, you’re going to feed your top arm deep across the opponent’s body and under their armpit . Grab the bicep of your other arm and put your other arm behind their shoulder.

Rotate inward and squeeze to put on the pressure and get the submission.

When you get your arm around the opponent’s neck it should be 99% over. Even for some reason you can’t get your other arm up to lock it in, finishing with 1 arm is possible.

In a normal rear naked choke, you need to have your head on the side of the opponents to close space. Not only are you doing that here, but protecting your choke hand by covering it with your chin.

As you squeeze, press the side of your head against their cheek to the tap.

In Jiu Jitsu, there are innovations being made to every technique. Even a technique that seems perfect like the rear naked choke.

ADCC medalist just came up with a great method for setting your grip to finish an rear naked choke. What he came up with is an answer for when the opponent keeps blocking you from locking in the choke.

The first thing Lachlan does is different from a normal rear naked choke grip lock. After he cups the opponent’s shoulder with his choke hand, he puts his fist in his opponent’s neck.

By putting his in the side of the opponent’s neck it prevents them from being able to turn their head. They are stuck in place for you to set up your choke grip.

He brings his elbow over his choke hand. This gives you a lot of space to grab your bicep without the opponent being able to defend the choke. Slide your hand behind their neck and finish your rear naked choke.

The rear naked choke is simple to do, but there’s many small details to remember to do it perfectly. Remember these details below, so you can lock on a perfect rear naked choke.