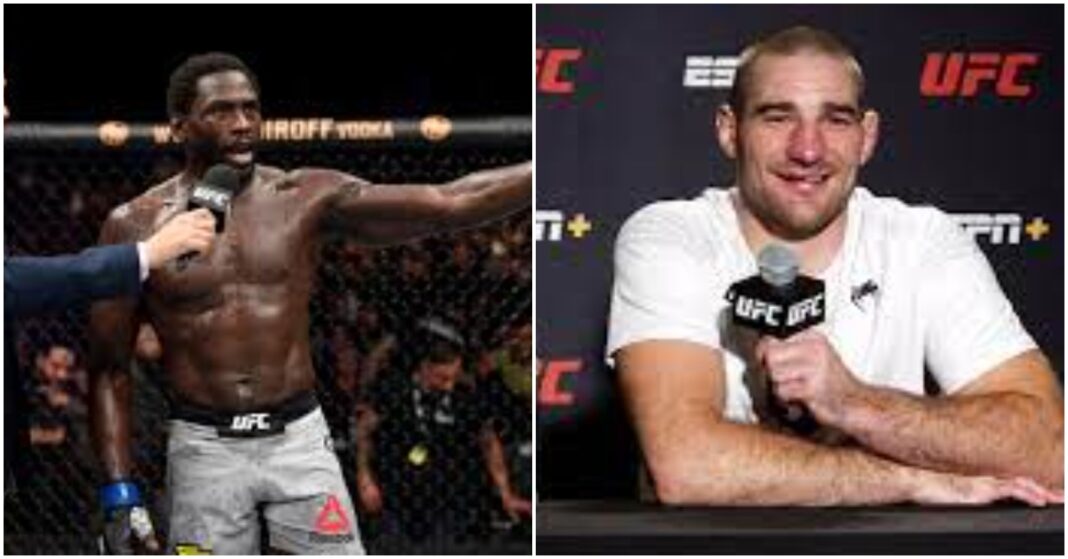 UFC middleweight contended Jared Cannonier is a fan of Sean Strickland and the fact that he is who he is with no apologies.

Strickland is known for his outlandishness and the unapologetic nature of who he is as a person. He has been outspoken about topics like transgender women fighting inside the octagon against women, rattling off jokes about Bob Saget hours after his death, and even saying the parents of homosexuals are failures.

“I don’t like having to figure you out… Be who you are because if you’re not being honest with me, you’re definitely not being honest with yourself. You’re putting on a different face and hiding your true self.” Cannonier told James Lynch in an interview with LowKick MMA. “The world needs more of that (authenticity). Living in this, die nicest sort of theme with the social media and the media in general. People just put on faces whenever they go in front of a camera or other people. I find it hard to trust that. I will trust someone that is going to be themselves in front of me , whether you’re my friend or enemy.”

Cannonier has title aspirations, and a win against Brunson should be the push he needs to get that shot. Brunson is currently on a five-fight win streak, with his last win coming over Darren Till via rear-naked choke. Brunson is on the best run of his career at the age of 37 and is looking to get his rematch against Israel Adesanya (if he successfully defends his title). Brunson’s last loss was to ‘The Last Stylebender’ back in 2018.

Cannonier is coming off a solid win against Kelvin Gastelum and has won four of his last five. His last loss was to the current title challenger, Robert Whittaker.

Do you like Sean Strickland? Why or why not?

Sound off in the comments.