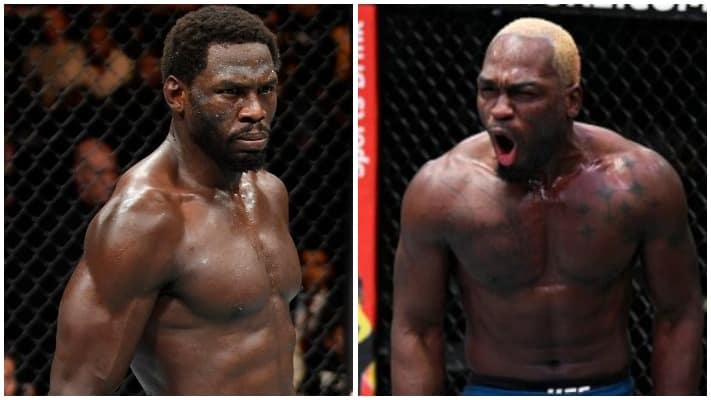 A middleweight match-up with title implications between Jared Cannonier and Derek Brunson will take place at UFC 270 on January 22 according to a report from MMA Junkie.

Brunson has won five straight fights since suffering a TKO loss to Israel Adesanya in 2018. Most recently, he put on a dominant display to take out Darren Till inside three rounds at UFC Vegas 36. Prior to that, he picked up big wins over Kevin Holland and Edmen Shahbazyan.

The 37-year-old took to social media to announce he’d signed a fight contract but stopped short of announcing who his opponent is.

“BIG FIGHT news . I got the fight I wanted . I sent that contract back in 30 secs,” Brunson wrote on Twitter.

Cannonier re-established himself as a player at 185lbs when he beat Kelvin Gastelum over five rounds in August. Prior to that, he suffered a three-round decision defeat to Robert Whittaker, who now seems set to an eagerly anticipated rematch with ‘Stylebender’ for UFC gold in the near future.

UFC 270 has not been officially announced yet and no other fights are set for the card. Dana White did previously suggest that he is hoping to book a middleweight title fight for January, which would indicate Adesanya vs. Whittaker II could headline the card that will also see a new 185lb number one contender announce themselves.

Who do you think will win at UFC 270? Jared Cannonier or Derek Brunson?