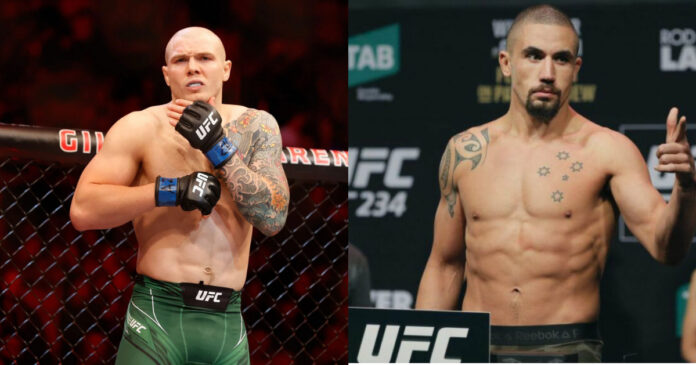 Once again, Robert Whittaker separated himself from the pack of middleweight contenders, defeating former title challenger and No.3 ranked Marvin Vettori. Whittaker cruised in the first, but then completely took over the fight in the second and third without really getting out of first gear, exposing a skill gap between him and Vettori.

Although ‘The Italian Dream’ came up on the losing side, Whittaker still feels that Vettori has more growing to do yet and still has the opportunity to become UFC champion.

“Definitely [Vettori could become UFC champion],” Whittaker said on The MMA Hour. “As long as I’m around, definitely not [laughs]. But I think he has something that is why he’s won so many of his fights, I said this in a lot of the interviews leading up to it. He has zero quitting in him. That’ll take a guy very, very far… you’ve seen in a lot of these fights where he’s fighting a dude who’s flashier, more skillful, more technical, but he doesn’t give up and his opponent eventually does.“

“It’s a dangerous trait, especially for someone who’s young enough like he is. Continue learning and continue growing. He’s got a lot of potential still.”

Excluding his losses to current champion Israel Adesanya and former champion Robert Whittaker, Vettori has an impressive 7-1-1 record. He holds wins over the likes of Paulo Costa, Jack Hermansson, and Kevin Holland and is still just 29 years old.

Vettori is a highly durable force of nature who can mix it up on the feet with most, and has solid grappling to back it up. His chin is among the best in the UFC and Vettori is always game, there is no reason that he cannot improve enough to capture gold once the old guard has passed.

Do you agree with Robert Whittaker?