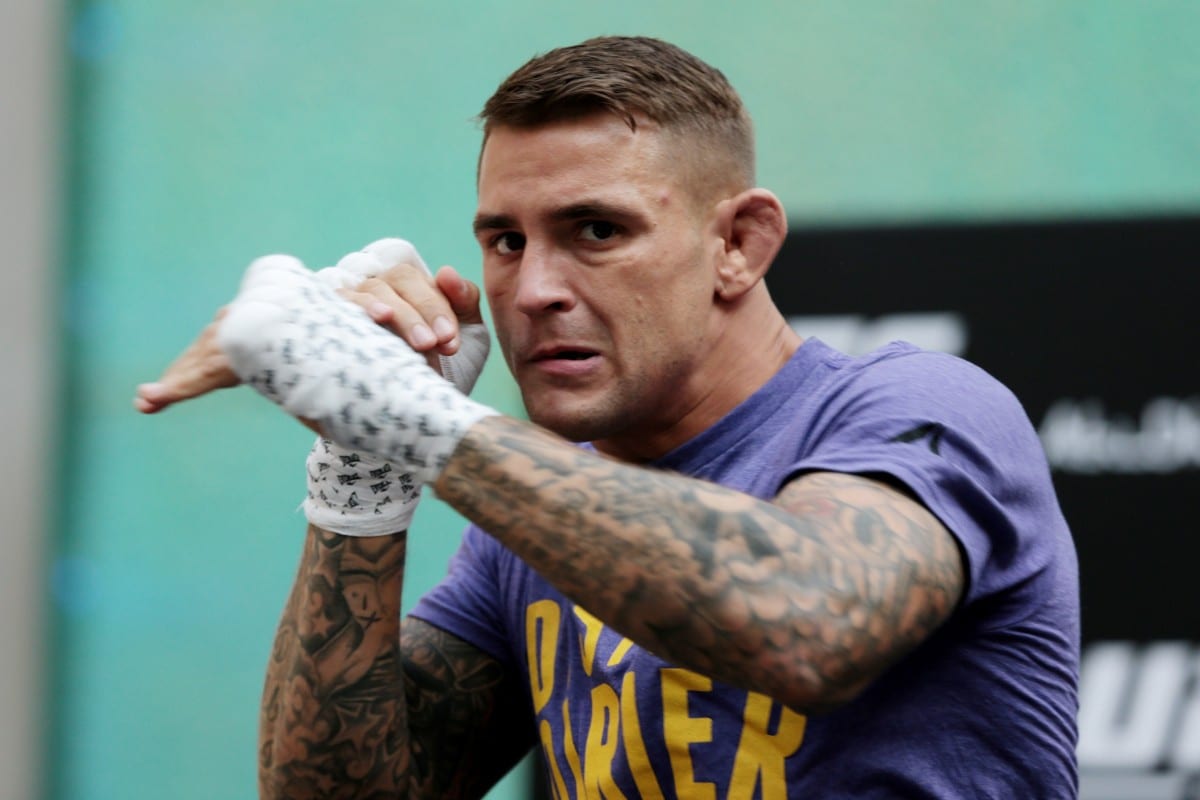 According to former interim UFC lightweight titleholder, Dustin ‘The Diamond’ Poirier, a bout agreement to meet fellow former interim best, Tony ‘El Cucuy‘ Ferguson hasn’t reached him yet as he returns to camp in Florida.

Widely believed to feature as the co-headliner of UFC 254 in October, just beneath a lightweight unification matchup between Khabib ‘The Eagle’ Nurmagomedov and Justin ‘The Highlight’ Gaethje, Poirier and Ferguson would throw down in what’s also considered a potential title eliminator at 155-pounds.

Looking to score his second win of the year, Poirier returned from hip surgery and a rear-naked choke loss to the above mentioned, Khabib – with the Lafayette native taking a unanimous decision win over then-streaking contender, Dan Hooker at UFC Fight Night Vegas in June.

Perennial contender in every sense of the word, Oxnard veteran, Ferguson dropped his first loss in twelve outings, following his fifth-round knockout defeat to common opponent, Gaethje at UFC 249 in May, with interim spoils up for grabs.

Speaking on the UFC Unfiltered podcast recently, Poirier revealed he is back at American Top Team training, preparing to enter fight camp, but explained how a contract to face Ferguson in October has yet to be issued.

“I don’t have a contract yet,” Poirier explained. “I saw Dana (White) talking about it. I know that they want (the UFC) it. I know they want it on the same card as Khabib and Gaethje. I’m just waiting. I’m just waiting to talk to them. When the rumbling started, when they started talking about it, I booked the flight. I’m in Florida right now. I just got done with wrestling practice a couple of hours ago. I came to Coconut Creek. We’re eight weeks out this week, so better safe than sorry. Dana knows my number. If we get this fight made, I’m already here, training, if not, I fly back to Louisiana and we’ll see what happens.” (H/T MMA Fighting)

The rumblings Poirier mentioned stem from a question posed to the aforenoted, White at a post-fight press conference, recently where he was asked if Ferguson would meet Poirier in his next outing, to which he responded, “probably“. When asked if that pairing could feature at UFC 254 – White gave the same reply.

Securing interim spoils, 10th. Planet Jiu-Jitsu black belt, Ferguson wrapped up a triangle on highly-touted contender, Kevin Lee at UFC 216 in October of 2017 – adding Anthony Pettis and Donald Cerrone to his win column since, after he was stripped of the title.