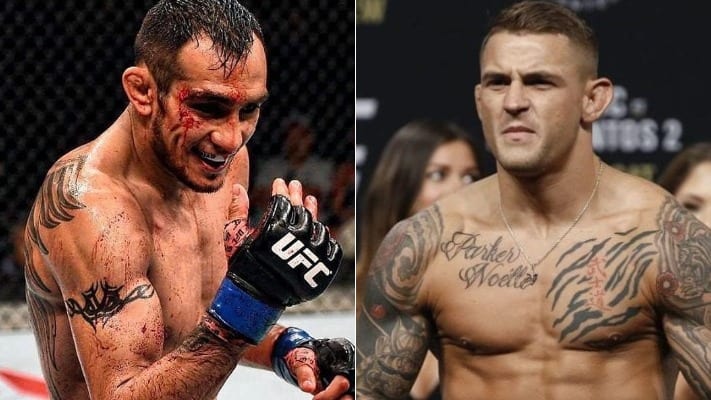 Former interim lightweight champion Tony Ferguson is set to return to the Octagon and he will likely square off against Dustin Poirier according to UFC president Dana White. ‘El Cucuy’ last fought at UFC 249 in May and suffered a fifth-round TKO loss to Justin Gaethje. The loss was Ferguson’s first defeat since 2012 and snapped the longest winning streak in UFC lightweight division.

Speaking to press post-fight at UFC Vegas 7 White revealed Ferguson has a fight lined up and answered “probably” when a reporter speculated the opponent for Ferguson’s return would be Poirier.

Aaron Bronsteter was in attendance at the press conference and revealed the exciting news to his social media followers, he wrote.

“Dana White says that Tony Ferguson has a fight lined up. On whether Dustin Poirier is the opponent: ‘Probably.’”

His potential opponent, Poirier has some big wins of his own. ‘The Diamond’ has beat Gaethje, Eddie Alvarez, Max Holloway x2 and most recently picked up a huge win over fellow contender Dan Hooker. The two lightweight fighters went back-and-forth for five rounds earlier this year with Poirier picking up the unanimous decision win on the judges scorecards.

Who do you think will win? Tony Ferguson or Dustin Poirier?