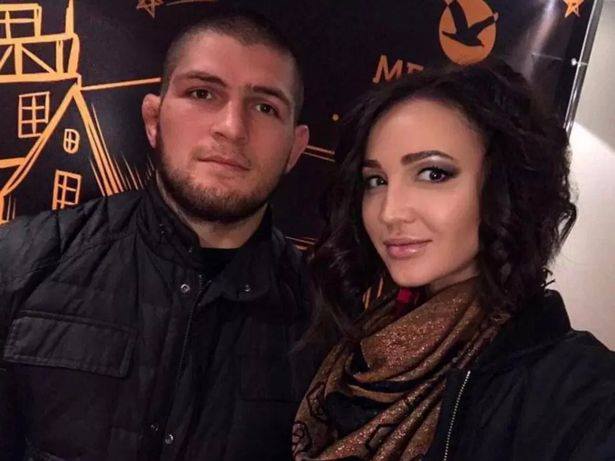 Khabib Nurmagomedov is on top of the mixed martial arts (MMA) world right now. He recently secured a massive fourth-round submission (watch full highlights here) over Conor McGregor in the main event of last weekend’s UFC 229 from Las Vegas. Khabib’s performance was by far the biggest of his undefeated career.

All is not perfect in his world, however. The Dagestani champion caused a chaotic scene when he jumped into the crowd to fight McGregor’s teammate Dillon Danis. To top it off, three of his teammates rushed the Octagon and got into it with McGregor. They were arrested but McGregor didn’t press charges.

That adds up to Khabib being on the sidelines for quite some time, and possibly even worse. He could conceivably be stripped of his belt and will be fined. The champion could have a lot of time on his hands as a result. And he might be able to spend more time with his family, something he chooses to keep under wraps unlike McGregor.

McGregor is often seen with longtime girlfriend Dee Devlin and their son, Conor Jr. The much quieter Khabib has obviously chosen a more secluded lifestyle.

Khabib’s father Abdulmanap says he’s going to punish his son tougher than the UFC does, but we see precious little from Khabib’s wife.

The undefeated lightweight king has yet to even reveal her name to the public. “The Eagle” has two children with his rarely-seen bride. They had a daughter in 2015 and a son in 2017. While her name is not known, they supposedly call their son Mohammed.

The couple lives in Makhachkala in the Republic of Dagestan. Khabib has often criticized McGregor’s absence from fighting due to the birth of his son. He claimed he never stopped training when his children were born.