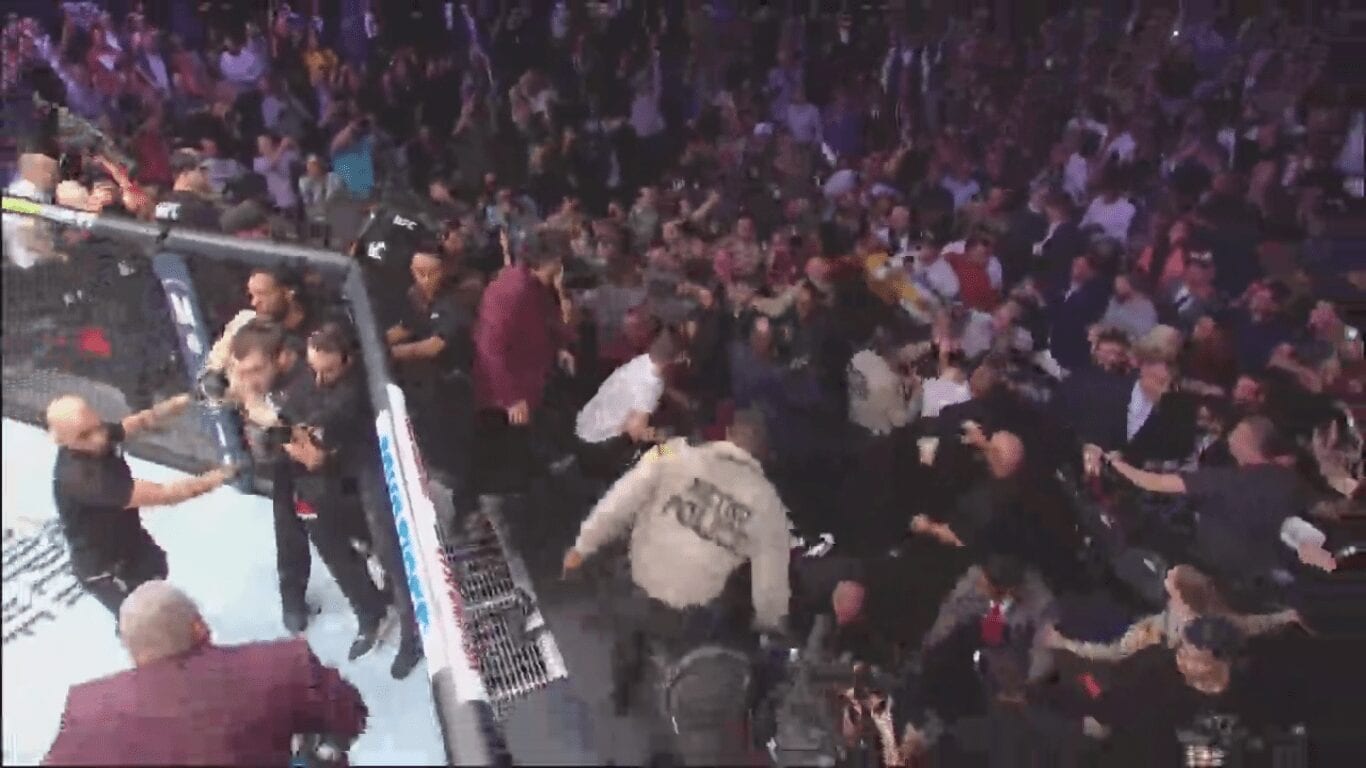 As expected, Khabib used his peerless wrestling to ground McGregor early. He smothered the Irish former champion in the first and second rounds. McGregor fought back with his stand-up game in the third round. But in the fourth, Khabib showed why he is perhaps the most dominant fighter in mixed martial arts. He took his Irish arch rival’s back and locked on a tight neck crank to get the tap.

But after he did so, the victory was marred by a disgusting scene. He began talking to McGregor’s jiu-jitsu coach Dillon Danis. He then took it to the worst level possible by jumping over the cage and starting an out-of-the-cage brawl with Danis. Then, one of his teammates jumped in the cage and hit McGregor when he got up from being dazed.

Khabib beat Conor McGregor and then jumped the octagon fence, igniting a brawl at #UFC229. pic.twitter.com/kBVANJAdnm