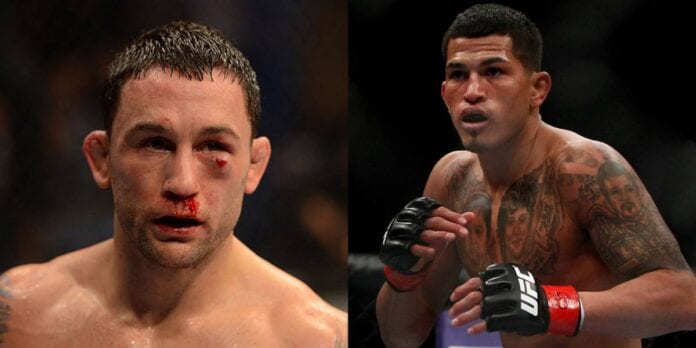 Conor McGregor has become the No. 1 target on a lot of new hit lists.

UFC standouts such as lightweight champion Rafael dos Anjos, former lightweight champion Frankie Edgar, and resurgent Nate Diaz, have made it perfectly clear that a matchup with “Notorious” is what they want. And considering that McGregor is the biggest draw in the sport today, who can blame them?

But no matter who calls who out, or which matchup make the most sense moving forward, the dynamic Irishman has final say when it comes to booking his next opponent. He has earned that right after knocking Jose Aldo out cold in 13 seconds at UFC 194 to capture the elusive featherweight strap.

In a perfect world, McGregor would fight every deserving name from 145-155 pounds. He has already proclaimed his goal to become the promotion’s first ever simultaneous two-division titleholder, so the sky is the limit.

But through all of these tantalizing super fights, who can actually defeat McGregor? With coveted draws and elite contenders on both the featherweight and lightweight rosters, who has the wherewithal to hand the transcendent star his first UFC loss?