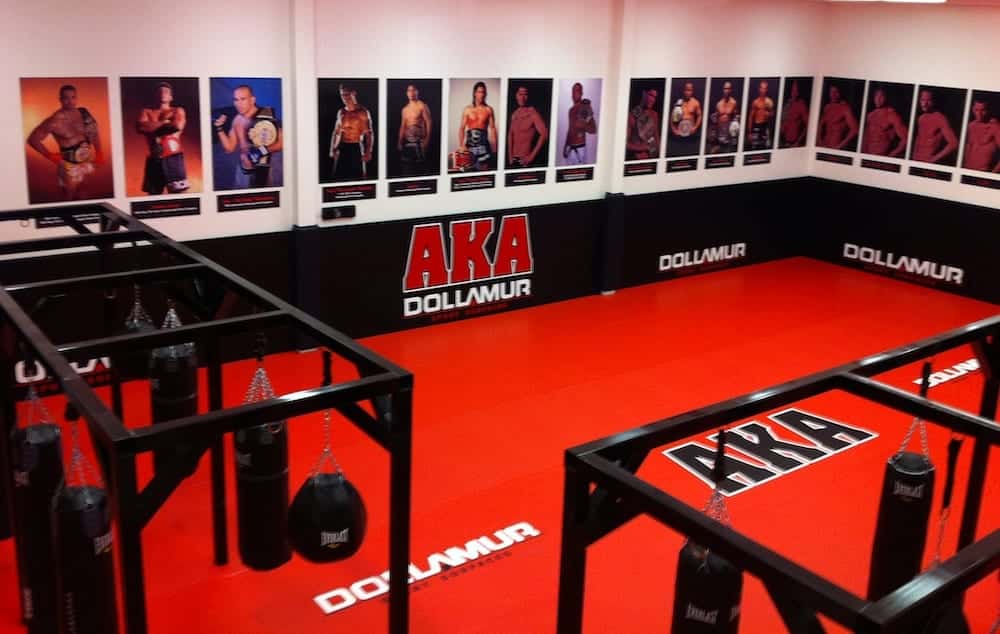 How was AKA established?

When he went pro, he decided to start his own gym to have training partners and also teach kickboxing. During the 90s when the sport of MMA started up, MMA fighters began going to Mendez for striking training.

He realized that MMA was going to be the next big thing in combat sports. Javier would retire from competing and move to training MMA fighters full time.

For nearly 25 years, Mendez has been coaching MMA fighters at American Kickboxing Academy. Establishing the gym as one of the premiere fight camps in the world producing numerous MMA world champions.

The architect behind the success of AKA is head coach and owner Javier Mendez. Mendez has been the owner and head coach of American Kickboxing Academy for nearly 40 year now.

Taking it from a strictly kickboxing gym to one of the premiere MMA gyms in the world. For the last 25 years, Mendez has helped lead many of his fighters to world titles within the sport.

Making AKA one of the most known and respected MMA gyms in the world.

For many years, the other coach responsible for a lot of AKA’s success is striking coach “crazy” Bob Cook. He was a fixture in the corner of many top AKA fighters like Daniel Cormier, Cain Velasquez, and Josh Thompson.

Some years ago, Cook stepped down as the striking coach to focus on his own businesses. But he still helps train some of the AKA fighters during their training camps.

Derek Yuen has been the head Muay Thai coach at AKA for nearly 20 years. Coaching everyone from pro MMA/Muay Thai and the youth Muay Thai program.

When Derek isn’t coaching at American Kickboxing Academy, he is one of the sitting directors of the American Muay Thai Federation.

Cormier has been coaching wrestling at American Kickboxing Academy since he’s been training there. He’s a former Olympian and national champion in wrestling. Along with his MMA titles this makes Cormier one of the most decorated combat sports coaches in the world.

The most recent coach at American Kickboxing Academy is newly retired MMA great Khabib Nurmagomedix. Khabib has taught MMA and Sambo for years and now coaches part time at AKA when he’s in the US.

AKA has been producing champion MMA fighters since the late 90s. Here are some of their most notable fighters that have fought out of the gym.

During his time as champion, Cain Velasquez was considered to be the best UFC heavyweight of all time. Dominating many of his opponents with superior speed and power.

Entering the UFC in just his 3rd fight and later winning the heavyweight title in his 9th fight. He was AKA’s premiere heavyweight fighter during the early 2010s.

Cain would go on to win the world title twice before having to retire due to injuries. If his career wasn’t plagued by injuries, it’s a good possibility he might still be the champion.

Daniel Cormier is one of the most accomplished combat sports athletes of all time. Winning numerous amateur championships in college, becoming an olympian, then a champion MMA fighter.

Now that Cormier is retired, he will definitely become a UFC hall of famer. Maybe also become an all time great coach in the next phase of his life.

Former champion, Luke Rockhold has been a part of American Kickboxing Academy for around 15 years or more. Winning the Strikeforce middleweight title, then going on to win the UFC middleweight title. He is the only fighter to have ever accomplished this feat.

Today Rockhold has come out of retirement and will look to make one more run at a UFC title.

Arguably the greatest MMA fighter of all time made the base of his US camps at American Kickboxing Academy. There was no fighter more dominant than Khabib during their career.

Khabib was never not in control of any of his 29 professional fights. Making all of his opponents succumb to his heavy pressure style.

He would go on to win the UFC lightweight championship and defend it three times before retiring. Now that he is retired, Khabib is now following in his father’s footsteps as a coach. There is no doubt that he will also be an equally succesful MMA coach.

One of the fighters that were around for the boom period of MMA was former Strikeforce champ Josh Thomson. He has been a die hard member of American Kickboxing Academy for almost 20 years.

He has fought a who’s who of the best lightweight fighters in the world for the last decade. Fighting in every major promotion during this time. Thomson is now a podcaster and part-time coach at AKA.

The legacy of American Kickboxing Academy

Javier Mendez and his team have been producing some of the best fighters in the world since the 90s. American Kickboxing Academy is considered one of the elite MMA gyms in the world producing champions in every major promotion.

The team at AKA is a very tight unit and alway help each other even after they retire from competition. Continuing to train at the gym to help their teammates and even becoming coaches.

Today, American Kickboxing Academy has now expanded their reach internationally with the opening of their affiliate school AKA Thailand in Phuket. The gym now has fighters in every major promotion in the world from the UFC to One Championship.