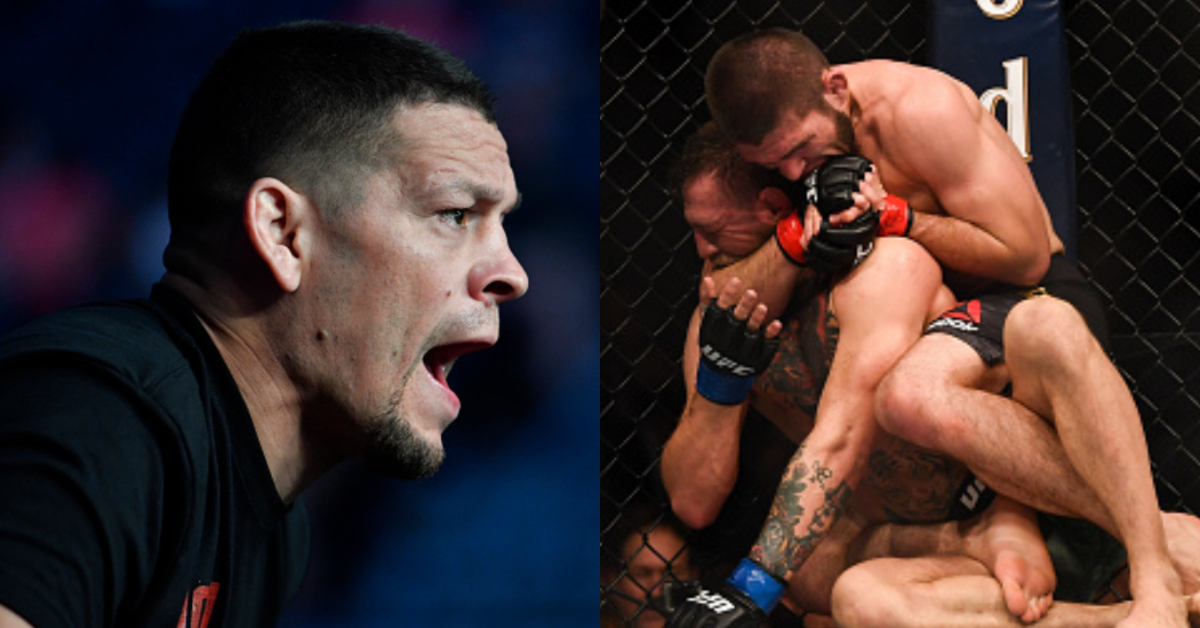 Nate Diaz says that if Conor McGregor had accepted a trilogy bout with him, he would have defeated Khabib Nurmagomedov at UFC 229.

In 2016, the Stockton native faced McGregor in back-to-back fights. In their first outing at UFC 196, Diaz scored a second-round submission via rear-naked choke over the Irishman. Five months later the two would run it back at UFC 202. This time McGregor would earn a majority decision to even the series at one apiece.

Six years later and fans are still clamoring for a trilogy bout, but ‘Notorious’ went a different route landing him in the history books. Just months removed from his rematch with Diaz, McGregor would go on to face Eddie Alvarez for the UFC lightweight championship. Already the promotion’s featherweight champion following a spectacular knockout of former champion Jose Aldo, McGregor knocked out ‘The Underground King’ in the second round to become the UFC’s first reigning two-division champion.

Following his win over Alvarez, McGregor stepped out of the Octagon and into the squared circle for a boxing spectacle with Floyd Mayweather. ‘Notorious’ would lose the bout in what would be the first in a string of losses for the Irishman.

During an appearance on The MMA Hour, Nate Diaz discussed McGregor’s run over the last few years, including his loss to the boxing icon.

“Floyd Mayweather went and showed the blueprint to beat him, let him punch himself out and in the 10th round he beat his a**,” said Diaz. “I did that right before him.“

McGregor returned to the UFC following his foray into boxing, facing then-champion Khabib Nurmagomedov in what would become the biggest pay-per-view in the promotion’s history. The Irishman would come up short in his bid to reclaim UFC gold when ‘The Eagle’ submitted him via rear-naked choke in the fourth round.

With McGregor expected to return in late 2022 and Nate Diaz still working to get the final fight of his UFC contract signed, the stars could align allowing for the long-awaited trilogy bout between the Stockton native and the Irish superstar to materialize.