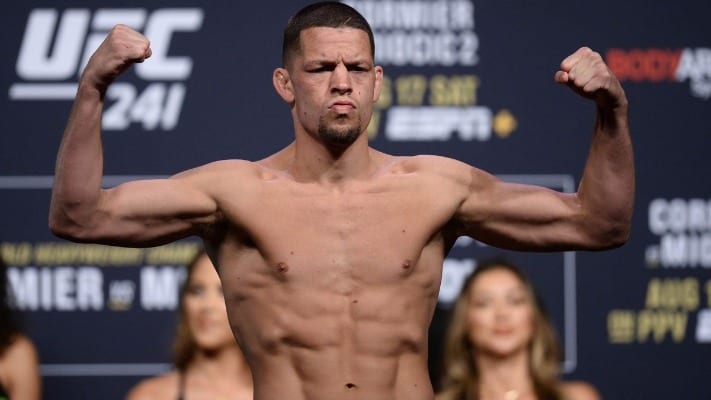 Nate Diaz has taken to social media to call out Dustin Poirier.

‘The Diamond’ is fresh off the biggest win of his career. Poirier avenged his UFC 178 loss to Conor McGregor in emphatic fashion on January 23.

The former interim lightweight champion used wrestling early before hammering home some nasty calf kick. McGregor was comprised by round two and unable to avoid the flurry of strikes coming his way. Poirier dropped ‘Notorious’ and followed up with ground strikes before the referee mercifully waved off the fight.

Poirier told the press at UFC 257 that he was interested in fighting Diaz next. On Monday, ‘The Diamond’ reiterated his desire to fight the Stockon, California native during an interview with Ariel Helwani.

“It is exciting, it is fun. Those are the kind of fights I want to be part of. Fights that are exciting to me and that I’m motivated to get up and bust my ass every day,” Dustin Poirier said. “That is exciting. That is a guy I grew up watching, a guy who is still a very big name, that’s it.

Diaz apparently got wind of these comments and took to social media to address his fighting future, which appears to be at welterweight.

“NDA (Nick Diaz Academy) soldier 170 lbs Come get you some of the real.”

The 35-year-old quickly bailed on his commitment to the welterweight division with a second post directed at Poirier.

“These are fighting words tho So fuck a weight class,” Diaz wrote alongside a video of Poirier talking from a hospital bed.

Poirier and Diaz were initially set to collide at UFC 230 back in November 2018. However, it never came to fruition as Poirier had to pull out due to injury.

Do you want to see Dustin Poirier fight Nate Diaz?