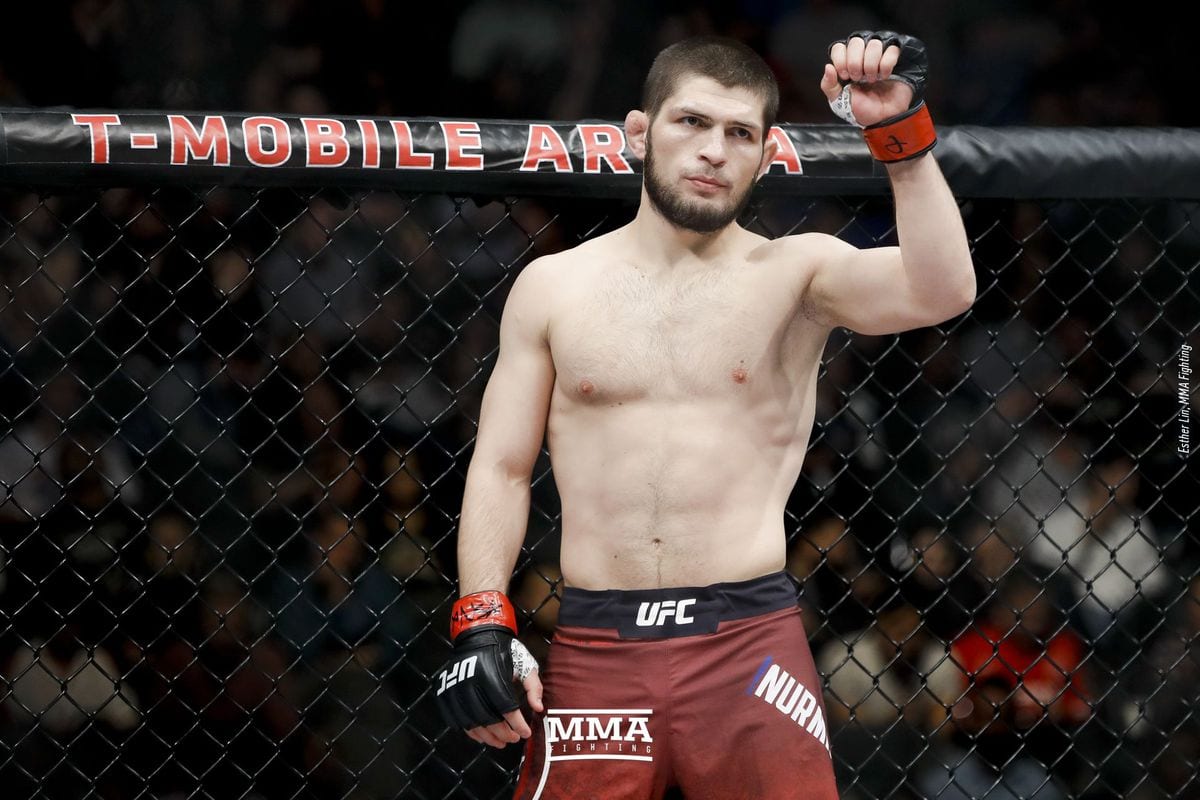 In our co-main event of the evening at UFC 242, Khabib Nurmagomedov and Dustin Poirier unify their lightweight titles.

Feeling out process and Poirier hs some shots blocked before Khabib goes in for a shot. Khabib gets the takedown and Poirier gives up his back quickly. Khabib is searching for the choke, but Poirier gets to his feet and is able to survive, but Khabib is still clinched up. Another drag down from Khabib, who gets a nice trip takedown. Poirier is back up to his feet. After a sweep, Poirier gets seated full mount on Poirier. Big ground-and-pound from Khabib to end the round.

Poirier comes inside and is cracking Khabib. Both men are exchanging wildly. Khabib shoots in and gets the takedown. Poirier gets to sit against the cage, and both men look tired, breathing hard. Poirier has a cut and blood is in his eyes as he tries to get to his feet. Poirier briefly gets up but is sent right back down. Poirier gets to his feet but has his hands on the ground. Poirier is able to escape Khabib’s clinch briefly, but Khabib goes right back in on him. Big knee from Khabib as the round comes to an end.

Khabib goes in for a takedown and Poirier has a deep guillotine. After some struggle, Khabib finally gets out. Now Khabib takes Poirier’s back and locks in a deep choke. That’s it. Poirier taps out.