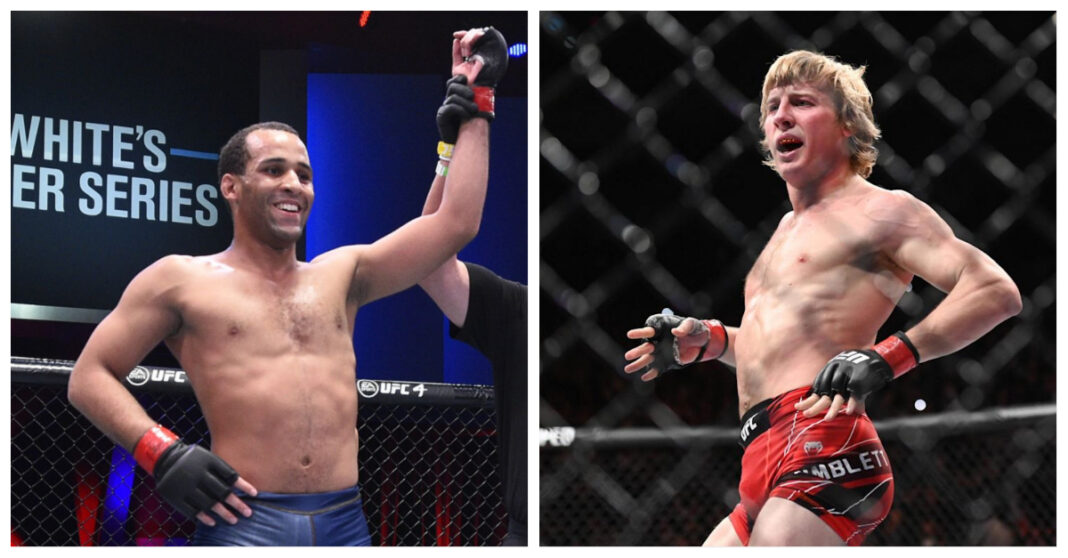 Jordan Leavitt believes he has a high chance of knocking out Paddy Pimblett in their upcoming fight.

‘The Monkey King’ will take on Pimblett in his homeland at UFC Fight Night London on July 23 at the O2 Arena. Leavitt will be making his third outing to the octagon in under eight months and will be going into the bout off two wins.

Pimblett has featured twice under the UFC so far and will mark his third appearance against Leavitt. In his most recent win, ‘The Baddy’ made a comeback after getting dropped to defeat Rodrigo Vargas by submission in the first round.

In an exclusive interview with LowKick MMA, Jordan Leavitt predicted: “a high possibility” of knocking out Pimblett.

“I can predict that there’s a high possibility of a knockout,” said Leavitt. “We both have one real knockout, I have the slam and he has his UFC debut. Both our debuts are our only knockouts, legitimately. Then on paper, I have way better defense, and then he has better “punching power” supposedly. I don’t know I think skill pays the bill.

“He has a very good eye for the finish and I think he has legitimate power and legitimate finishing ability but I think at the end of the day, my fundamentals are a little bit more crisp and I do think I just have a few attributes he’s not prepared for.”

Talking about Pimblett’s latest fight against Vargas, Leavitt said that he was not impressed by the 27-year-old Liverpool native’s performance and believes he has fought higher competition in the past.

“I think he really won that fight more out of things Vargas did wrong as opposed to things that Paddy did right. He, Vargas did not defend the rear-naked choke, at all,” Leavitt added. “Paddy threw three punches, missed all of them, got rocked, shot a takedown, had no confidence fell to his back, so like, when you watch the fight on mute, and then the commentators are telling me how big of a deal this is.

“It’s not very impressive from my point of view, respectfully you know with all due respect but I’ve fought people with much better highlights and I don’t listen to the commentators and all the flash.”

Leavitt does not see Pimblett as a tough challenge and remains confident ahead of the bout.

“It doesn’t really seem too difficult of a matchup for me I think I’ve fought better people on the ground and better people on the feet. No one’s been close to finishing a fight against me except for one little guillotine that was a little scary. So, I’m feeling pretty chill about it.”

Do you believe Jordan Leavitt will finish Paddy Pimblett this July 23 at UFC Fight Night London? 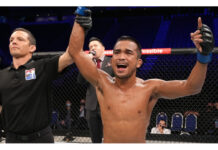 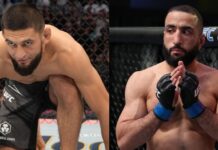 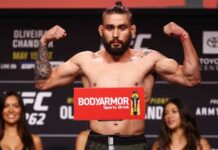