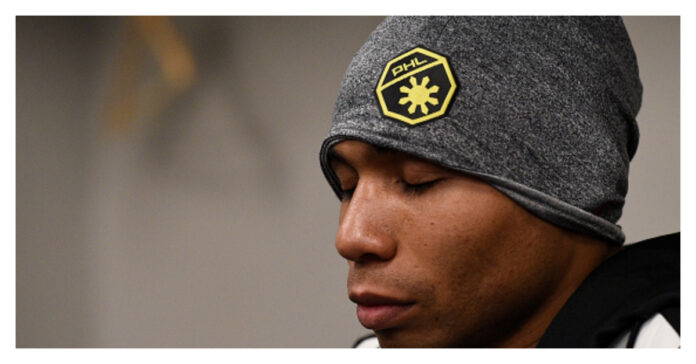 Former UFC title challenger John Dodson is taking off his gloves and stepping into the squared circle.

Announced on Bare Knuckle FC’s official Twitter account, John ‘The Magician’ Dodson is the latest UFC alum to sign with the promotion. Dodson joins Chad Mendes, Mike Perry, and Jimmie Rivera who have already made the jump to BKFC. Dodson’s official debut with the company has not been announced as of yet.

Dodson made his UFC debut on the 14th season of The Ultimate Fighter. He immediately became a fan favorite with his infectious smile and genuine good nature. He would go on the win the tournament, defeating T.J. Dillashaw in the finals. Dodson would receive two opportunities to become the UFC flyweight champion, but fell short each time, losing to then flyweight king Demetrious Johnson by unanimous decision on both occasions.

‘The Magician’ would lose three of his last four inside the Octagon before moving on. Most recently he competed under the XMMA banner going 1-1. His last appearance in the cage came in April when he defeated Francisco Rivera Jr. at XMMA 4. Aside from this TUF victory over Dillashaw, Dodson also had notable wins against John Moraga, Eddie Wineland, Pedro Munhoz, and Nathaniel Wood.

Are you excited to see John Dodson knuckle up for BKFC?