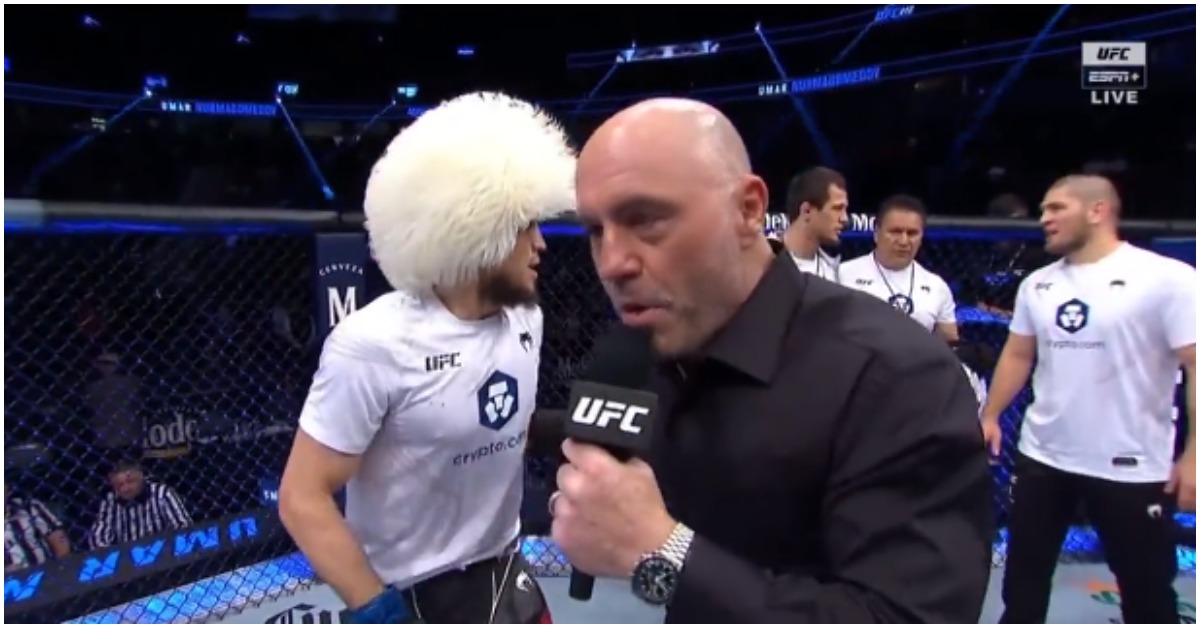 It’s safe to say Joe Rogan was a little rusty after taking some time away from his UFC broadcast duties.

You can watch popular podcaster absolutely butcher the Nurmagomedov name below.

The UFC commentator has found himself in hot water as of late for a couple of different reasons. Rogan first faced backlash for spreading what many believe to be COVID-19 misinformation on his show. More recently, Rogan was forced to apologize after a compilation of him using a racial slur appeared online.

Rogan was expected to be on commentary duty at UFC 271 but just a couple of days before the event it was claimed he could not work due to a “scheduling conflict.”

Post-fight, Dana White insisted that Rogan did not have a scheduling conflict and simply opted out of covering the event after being in the press for all the wrong reasons in the build-up to UFC 271.