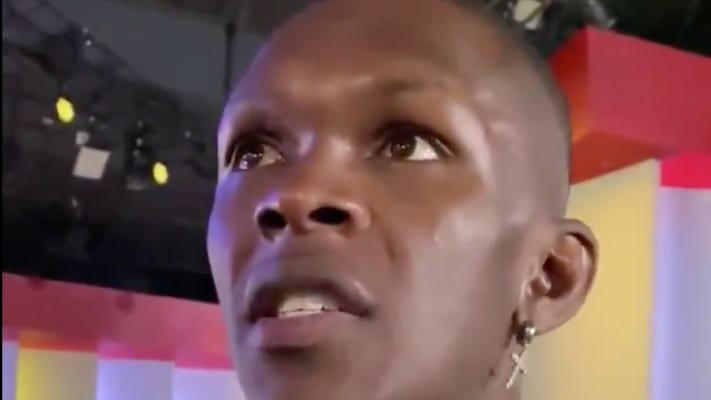 Silva took on Uriah Hall in the UFC Vegas 12 headliner in what many believed to be his last-ever fight in the UFC. “The Spider” even had a promising start early on as many observers scored the first two rounds to his favor.

However, he was eventually dropped by Hall in the third and fourth round before losing via TKO. And while that was another loss on Silva’s record, it certainly won’t affect his legacy as one of the greatest and most entertaining fighters of all time.

The Brazilian was notably Adesanya’s idol as well as “The Last Stylebender” made sure to attend his final UFC fight and paid tribute to the former middleweight king soon after.

“I’m just honored to be here, man — the guy that got me in the game. I get to watch him fight, his last fight in the UFC and ride into the sunset. It was competitive, he looked good. He froze Uriah at first and then Uriah found his confidence later on.”

What did you think of Adesanya’s reaction?