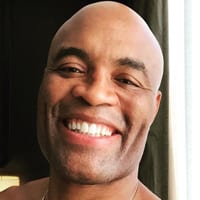 Ben Askren doesn’t believe Nate Diaz has much of a chance...

Video: Nate Diaz kicked out of the venue by Police after...

Jake Paul calls for a fight with Nate Diaz after Anderson...

Anderson Silva questions whether Jake Paul is truly prepared for their...

Jake Paul reveals Dana White has banned him from attending all...