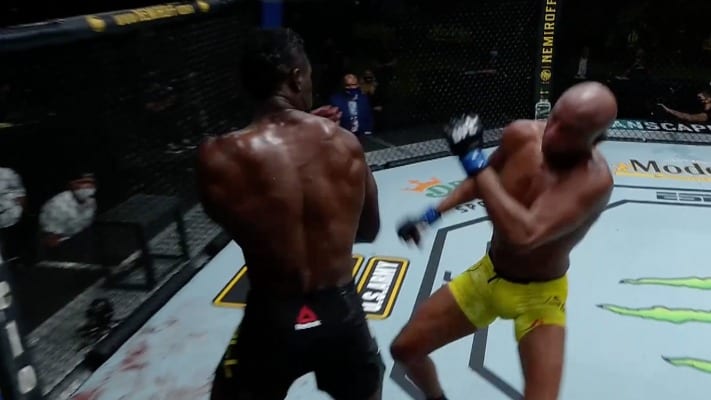 In what was likely his last fight in the UFC, Anderson Silva suffered defeat at the hands of Uriah Hall.

The pair took part in a middleweight bout in the UFC Vegas 12 headliner on Saturday in what was a back-and-forth contest with many observers having Silva winning the first two rounds.

However, Hall was able to drop Silva after connecting right near the ear at the end of the third round. “The Spider” survived to make the fourth but would get dropped again by Hall who landed ground and pound to get the finish.

As a result, Hall got the biggest win of his career — notably against his idol — and has now won four of his last five fights.