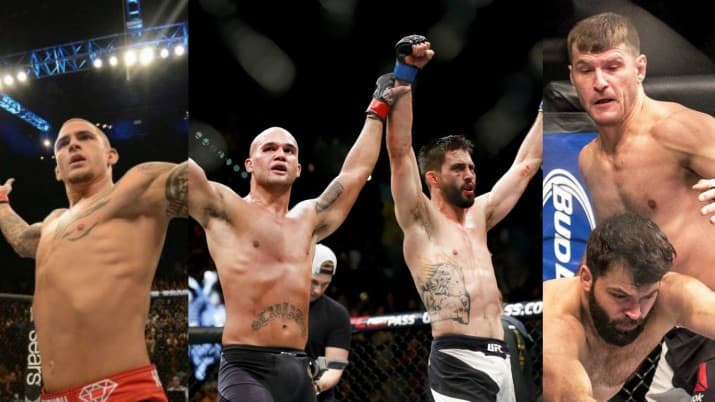 Following on the heels of a red-hot 2015, the UFC wasted no time in keeping the momentum rolling into 2016 with an absolutely amazing event at last night’s (January 2, 2016) UFC 195 from the MGM Grand Garden Arena in Las Vegas, Nevada.

The card was immediately a success with the rescheduled Dustin Poirier vs. Joseph Duffy lightweight bout kicking off the night on Fight Pass with a bloody war that will almost certainly stand the test as one of the best bouts of 2016 when it’s all said and done.

Then a once-touted bantamweight contender returned on the FOX Sports 1 prelims, and the stage was set for a truly blockbuster card. And the main card delivered on that potential, cashing in on a host of impressive performances leading up to a classic and controversial main event that could be debated for years.

Overall, it was a very fitting beginning to what should be a momentous 2016 for the UFC. Let’s take a look back at five of the biggest takeaways from the year’s first major MMA event. 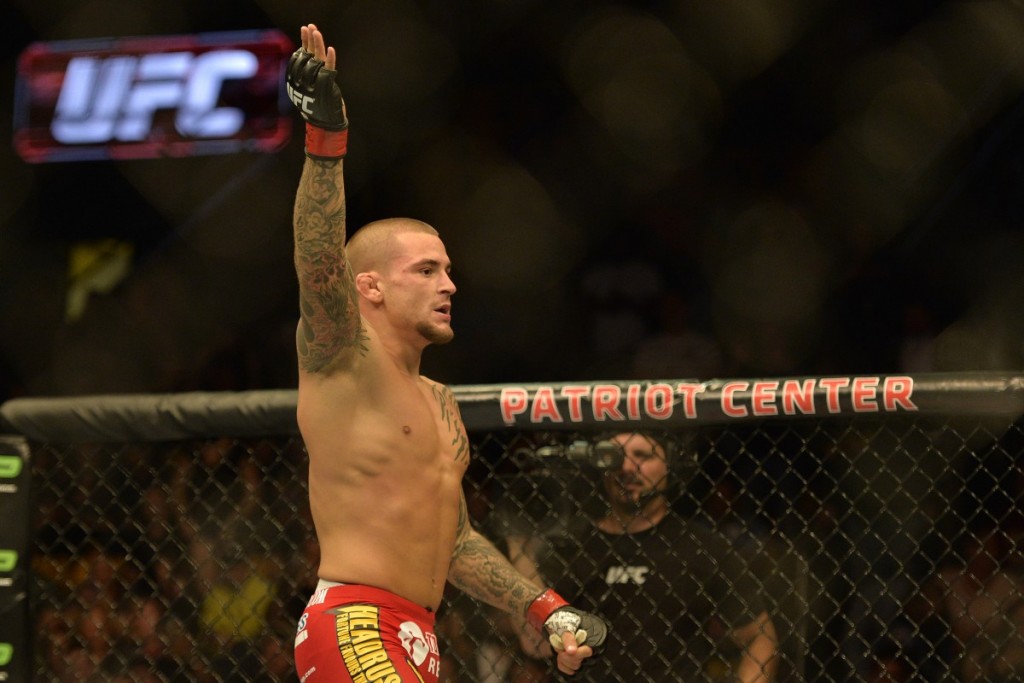 5.) Dustin Poirier Is A Legit Contender At Lightweight:

Since rebounding from a tough loss to Conor McGregor at UFC 178, ‘The Diamond’ has rebounded impressively with three straight wins in his return to lightweight.

And the ease with which he’s done so is probably the most noteworthy aspect of his comeback. Poirier handed rising prospect Joseph Duffy a brutal decision win at UFC 195 after easily destroying Carlos Diego Ferreira and Yancy Medeiros, signifying that’s he’s found a permanent home at 155 pounds. Poirier is no longer drawn and dehydrated from cutting down to 145 pounds from 180, and it’s shown in his performances.

He’ll have a substantial sit on the bench coming after Duffy broke his nose with some viciously crisp punches at UFC 195, but the tough ‘Diamond’ persevered like it was nothing. When he returns, Poirier should be headed for a fight with a Top 10-ranked contender; opponents like Michael Johnson, Edson Barboza, and even Nate Diaz could happen very soon. 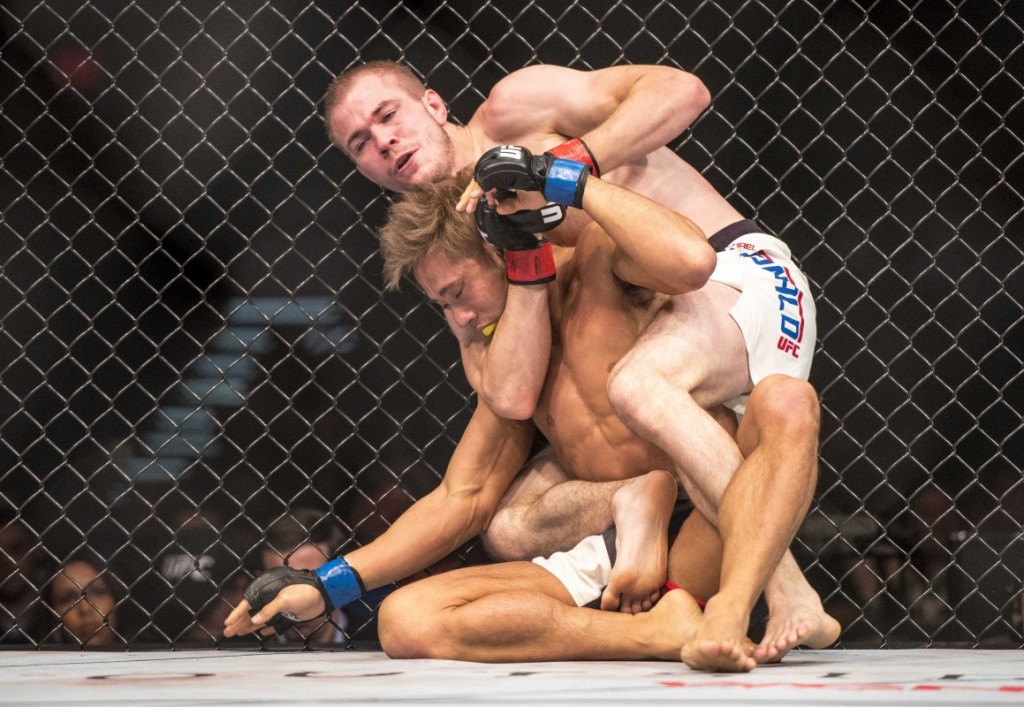 4.) Michael McDonald Is (Finally) Back:

Former interim bantamweight title contender Michael McDonald finally shook the cobwebs off by beating Masanori Kanehara in his first UFC fight since December 2013, but it wasn’t all smooth sailing for ‘Mayday.’

Quite the opposite in fact, as McDonald was taken down and controlled for most of the bout by the veteran Kanehara, who appeared to nearly have the fight won with a tight arm triangle choke in the second round. But like the wily veteran he is at only 24 years old, McDonald was able to sneak out the back door and turn the tables with a fight ending rear-naked choke, signifying he was back near the top of a division sorely needing legit contenders.

McDonald will most likely need another win or two to get his second shot at gold, but it wouldn’t be a surprise to see him fight the winner of UFC Fight Night 81’s TJ Dillashaw vs. Dominick Cruz main event at some point this year. He’s got the power to finish any 135-pound fighter on the planet, and with time on his side, ‘Mayday’ could be ready to fulfill his full potential. 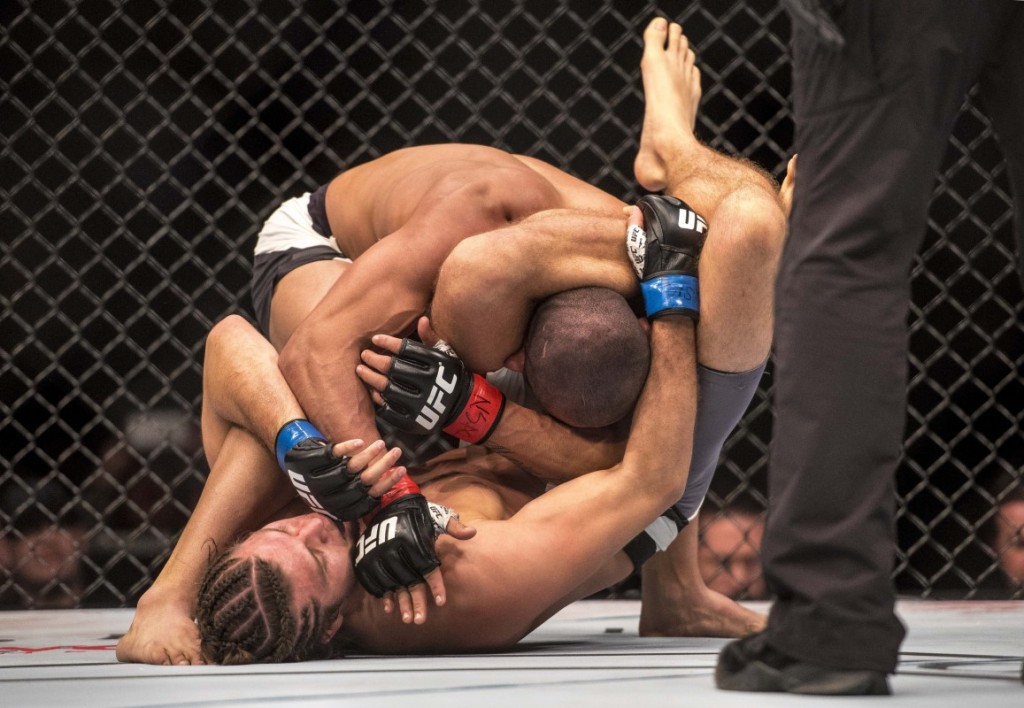 3.) Brian Ortega Is A Featherweight To Watch:

Gracie Jiu-jitsu prospect Ortega may have lost the first two rounds of his main card bout against TUF 14 winner Diego Brandao last night, but he seemingly had a gameplan to tire out the wild, hard-charging Brazilian in the later rounds.

And it worked, as Ortega locked on his signature triangle choke with ease in the last round, tightening it with the efficient skill and precision of his master’s training for a fast tap.

Former RTC and RFA featherweight champ Ortega now sits at 10-0(1) overall and 2-0(1) in the UFC, and the sky appears to be the limit for the young grappling wunderkind from Los Angeles. He walked right through a lot of big shots from the notoriously powerful Brandao and not only survived but finished the fight, and now a bevy of potentially exciting fights await the young ‘T-City.’

He’s still got some holes in his stand-up and much more difficult bouts await him in arguably the UFC’s most popular division, but the future appears very bright for Ortega. He brings his best effort every time out to the change and always does his part to create exciting bouts, meaning he should have quite the run in the Octagon. 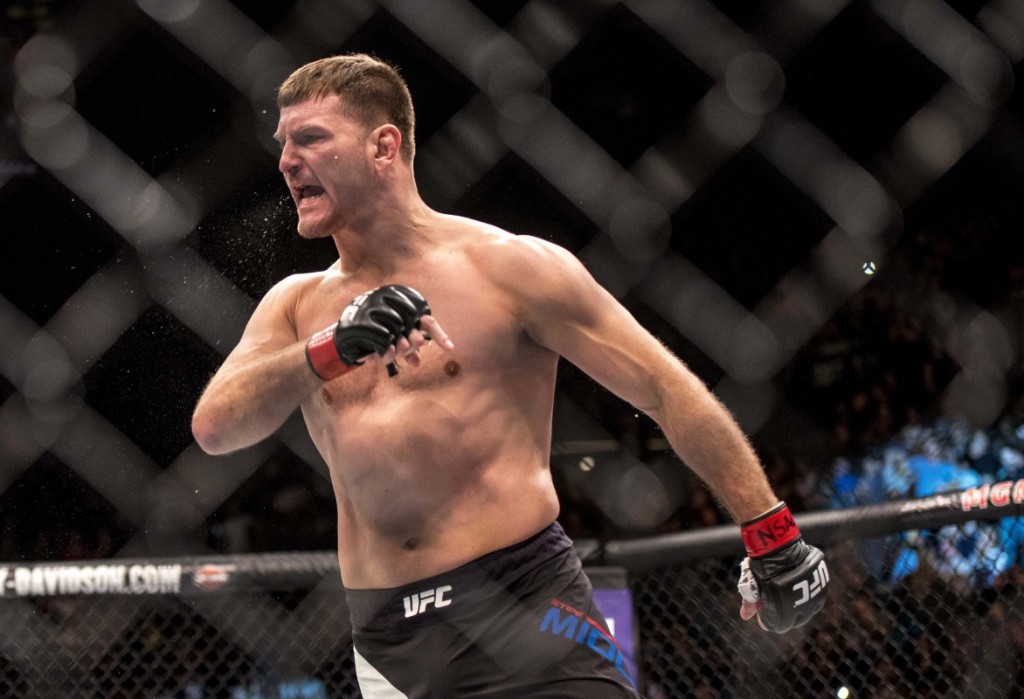 2.) Stipe Miocic Is Ready For A Title Shot:

Top-ranked heavyweight Stipe Miocic had long been campaigning for a title shot, but was consistently rebuked by his employers because he supposedly wasn’t popular enough.

The Cleveland native did quite a bit to change that last night at UFC 195, knocking out No. 2-ranked Andrei Arlovski in a mere 54 seconds and literally screaming at Dana White for the next title bout. It’s going to be tough to deny Miocic, but there is the shadow of Alistair Overeem, who just knocked out Junior dos Santos, who edged Miocic by split decision at UFC on FOX 13, a few weeks back, but at the very least, he’s one more fight away from finally fighting for the gold.

White admitted he was even ‘scared’ to deny Miocic his shot, so we could even see him face off against the winner of UFC 196’s Fabricio Werdum vs. Cain Velasquez main event rematch. He’s certainly ready for it. 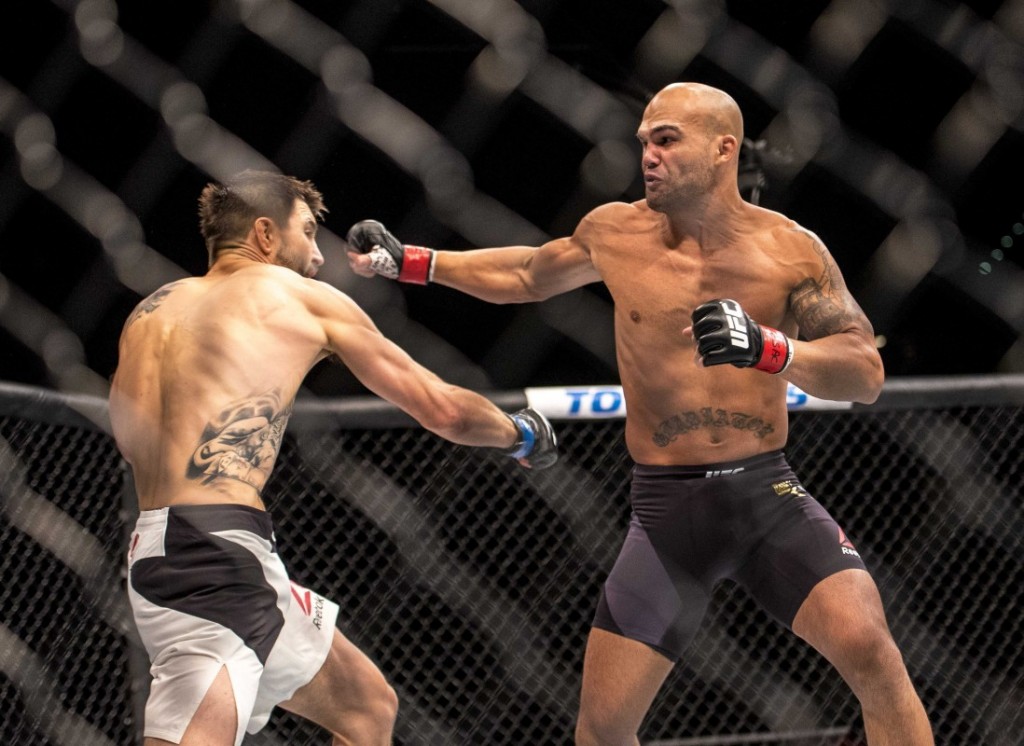 The majority of the MMA world believes that the judges undoubtedly robbed Condit last night, and they think he should’ve earned the nod and the title based on his striking output alone, where he out-landed Lawler by an alarming 84 significant strikes.

But apparently the judges were more concerned about attempting to finish the fight and Octagon control, as Lawler pushed the pace and undoubtedly landed the more powerful strikes, albeit much fewer of them overall. In the end, Lawler emerged from the fight as champion, and while there are some solid fighters like Tyron Woodley and Demian Maia waiting for a shot, Condit should get the rematch if he indeed decides to put off retirement and continue fighting.

And he should, because he’s clearly on the short list of fighters who can truly take Lawler to the limit. Many feel he should already be the champ, and while rematches have become cliché in the UFC recently, this is one that actually deserves to be made.

Lawler vs. Condit was a battle for the ages, and there might not be a more exciting fight top-to-bottom that the UFC could book this year. Condit may be running out of title opportunities in the UFC, but he most certainly deserves one more against the ‘ruthless’ champ he took to the definitive limit last night.