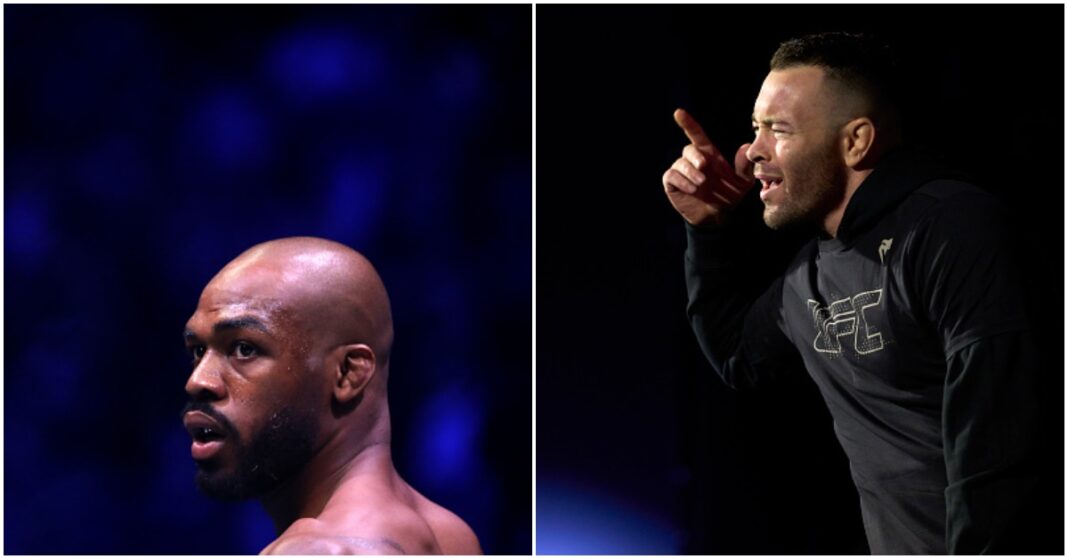 The blockbuster rivalry between Colby Covington and Jorge Masvidal will soon come to a head at UFC 272, and things keep getting more interesting.

According to Jorge Masvidal, Covington is a thief, and not only did he rob their coach Dan Lambert for “12 grand”, but he also robbed former light heavyweight champion, Jon Jones, in college.

Colby Covington Robbed Jon Jones, and the story of Covington vs. Masvidal

Speaking to ESPN, Jorge Masvidal would detail Covington’s thievery. (Transcribed by MMA News) “Jon Jones warned me numerous times. Me and Jon Jones weren’t even cool like that. We hadn’t spoken too much. But he sent a couple messages to me via our manager at the time.”

“Like, ‘Man, watch this guy. He stole my clothes. My clothes don’t even fit him. My money, before we left the room, I never talked to him again.'”

Colby Covington and Jorge Masvidal were once close friends and roommates. “He slept on my couch,” Masvidal has said. But once Covington really started to embrace his “Chaos Covington” persona, a divide started to form between him, Masvidal, and the rest of his gym at American Top Team.

Soon, dislike turned to contempt, and a full-on rivalry bloomed. Masvidal was first angry because Covington allegedly refused payment to his coach.

Colby Covington retaliated by launching a verbal assault on Masvidal, ATT, and its fighters, including the likes of Dustin Poirier and even females like Joanna Jedrzejczyk and Amanda Nunes.

The things Covington has said have grabbed him many headlines, but according to Masvidal, “Chaos” will pay for that at UFC 272.

Who do you think wins this grudge match? And what are your thoughts on Colby Covington allegedly robbing Jon Jones back in college? Leave your opinion in the comments below!