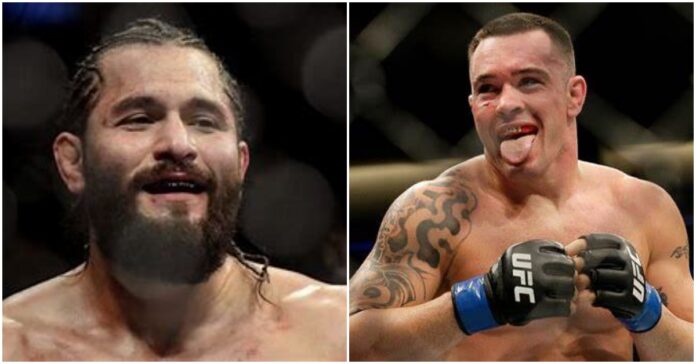 Jorge Masvidal and Colby Covington will have the chance to settle the feud inside the cage come UFC 272. The pair used to be extremely close working alongside each other in the gym, but now things have turned incredibly sour.

Jorge Masvidal has been gunning for Colby Covington ever since the fight was announced. Having already released a compilation video mocking Covington as well as talking trash on him in previous interviews, Masvidal then revealed what gives him the fuel to his fire when it comes to his former training partner.

“There’s numerous interviews with him calling me his best friend.”

This was only the start for Jorge Masvidal as he would go onto to recall the issues Covington had with respect towards the other members in the gym.

“With Jon Jones, he had numerous situations.”

“He would always talk bad about Jon Jones. (Tyron) Woodley, I was there for the whole thing. Jon Jones, I wasn’t there in college with them, but the whole Woodley thing, I was, and Woodley brought him out. He was giving him like $1,000 a week, something crazy like that when this guy was an amateur just to train with him for four weeks. Sponsors, food, and then he just came back talking sh*t about Woodley in a negative way. …If this guy’s going around talking about everybody like that, that’s just who he is, you know? There’s like nobody he respects, whatsoever.

“I was already like, let me start separating myself from this guy little by little, and then, ‘Bam!’ Before I could even like fully (separate), he betrayed my coach. Didn’t pay him the money that was agreed upon and I knew since then I’m gonna hurt this guy.”

Jorge Masvidal doesn’t just plan to hurt Colby Covington when he gets the chance, he plans to change his life.

“I’m hoping that the referee, on the way to pulling me off of him, slips on a banana peel and I get some extra shots in and really change his life and his face structure.” (Transcribed by MMAinsight)