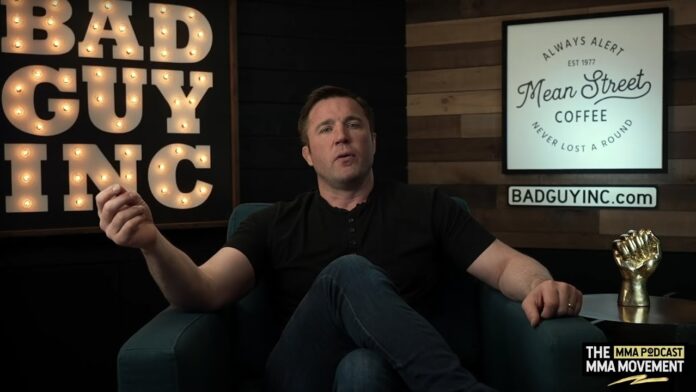 Demetrious Johnson (31-4) got his revenge against Adriano Moraes (20-4) by knocking him out with a vicious flying knee in the 4th round. Mighty Mouse regained his Flyweight title with the win, which he had previously dropped to Moraes last year.

As many of you are aware, in 2018, UFC traded Johnson for ONE Welterweight champ Ben Askren. So, despite Johnson still being on the top of his game 4 years later, and Askern having retired 3 years prior, Chael Sonnen still believes that UFC benefited with the blockbuster trade.

Chael Sonnen had this to say on his ‘Beyond the Fight’ podcast.

“Jorge Masvidal does not fight for BMF. We do not sell out Madison Square Garden. The history of Masvidal and Diaz specifically. The Rock, the biggest star in all of Hollywood, does not get into the cage and put a belt around somebody. All of that ties back to Askren.”

If we’re simply judging by talent, then there is no doubt that ONE FC got the more talented fighter, as many believe that Johnson has a claim to be considered the greatest Mixed Martial Artist of all time.

However, the UFC is a business, not a sport. As Chael Sonnen pointed out, the Askern for Johnson trade was a net positive in terms of pay per views sold and money generated for the UFC. Jorge Masvidal has been one of the biggest break through stars for the UFC in recent years and much of that has to do with the record setting flying knee KO against Askern. That catapulted Masvidal to superstardom and set up pay-per-view fights like the ones against Nate Diaz and Kamaru Usman.

So, even though Mighty Mouse is still winning titles and would be competitive against the best in the UFC, the organization itself is far richer and more popular because of Askern’s involvement.