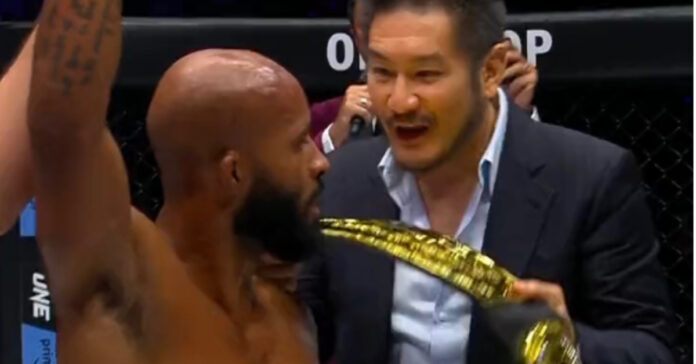 Demetrious Johnson and Adriano Moraes face off in a rematch from April of this year. Moraes won the first match, becoming the first person to KO Johnson.

Johnson was able to get his revenge on Moraes, defeating him via KO with a knee. Johnson was able to capture the ONE Flyweight championship with his win over Moraes. The fight was competitive and an extremely interesting rematch, as the MMA world wanted to see how Johnson would respond after losing his first fight by KO.

This is ‘Mighty Mouse’s’ second time holding the ONE Flyweight Title.