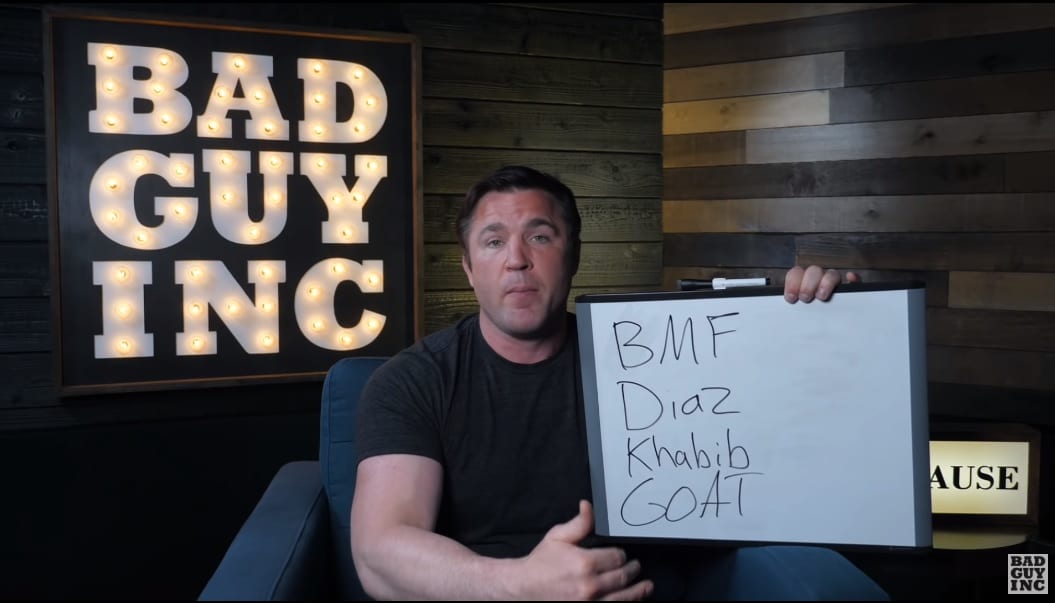 Retired MMA Veteran Chael Sonnen has broken down the five matchups he would like to see Conor McGregor take in his next bout.

In a video on his YouTube channel Sonnen shared his thoughts on McGregor’s influence in the UFC and what he feels McGregor should do on his return.

“January 20th of this very year, they put a card together that didn’t exist because Conor said ‘im ready to fight’. They put it at a weight class of 170 with Donald Cerrone, told us all the make believe that’s it was a 155 pound fight, that that’s where the rankings would be reflected the potential contendership particularly for Conor to draw into Khabib””

“They made that announcement and held that fight while Khabib was scheduled to fight Tony in April, Then Khabib goes into Ramadan won’t be back until September. So essentially what we were told in January is if Conor wins he is going to wait until September.”

“That told me that Conor was a big enough deal that we are going to do whatever it takes to bring Conor in.”

Chael’s list begins with a matchup between McGregor and “BMF” title holder Jorge Masvidal. Sonnen continues on sharing that he would like to see the fight held with the “BMF” title on the line.

The second fighter on the list was Nate Diaz, Sonnen’s reasoning for this matchup is that the trilogy between the two will work at any time the organisation decides to hold it regardless of recent performances by either fighter.

Sonnen continued on sharing that he would also like to see a matchup between McGregor and Nate’s older brother Nick Diaz. Sharing his thoughts Chael said “I think Nick vs Conor works, I KNOW Nate vs Conor works”.

Lightweight champion Khabib Nurmagomedov was next on the list. Chael points out that the heat between the two athletes is real also highlighting the PPV buys their first matchup was able to bring in.

The final name on the list Georges St Pierre. Sonnen shares that wild he knows he might be alone on it, he would love to see GSP return to take on McGregor.

Who would you like to see McGregor take on next.