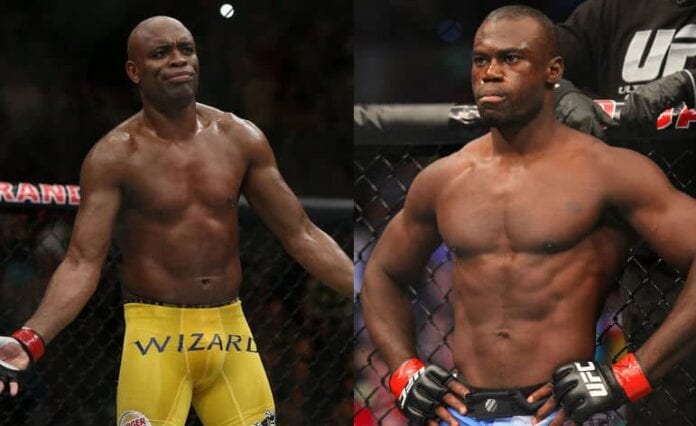 Anderson Silva’s greatest rival claims to have the scoop on the all-time great former champion’s next fight.

No. 5-ranked Silva and No. 9-ranked Hall were originally scheduled to fight at May 14’s UFC 198 from Curitiba, Brazil, but a gall bladder injury requiring surgery forced ‘The Spider’ off of the card. It’s still unknown at to whether or not this bout will truly become a reality, but if it indeed does, there’s no question that UFC 200 would be the most stacked event of all-time on paper after the recent addition of Brock Lesnar vs. Mark Hunt last weekend.

Arguably the UFC’s most decorated fighter with records for most consecutive wins, title defenses, and finishes, ‘The Spider’ has unfortunately fallen on hard times after losing his belt in shocking fashion to Chris Weidman in July of 2013. After recovering from the broken leg he suffered in his rematch with Weidman in late 2013, Silva returned to beat Nick Diaz in a rather uninspired affair at UFC 183. The win was later changed to a no contest, however, as Silva tested positive for a number of performance-enhancing drugs and other banned medication.

A yearlong suspension from the Nevada State Athletic Commission (NSAC) ended with ‘The Spider’ facing off with current champion Michael Bisping in the main event of UFC Fight Night 84 this February. In a controversy-laden affair, ‘The Count’ would go on to win a close unanimous decision after getting nearly knocked out by a Silva flying knee when he went to motion to his mouthpiece, which had fallen out of his mouth at the very end of the third round. Bisping would go on to knock out Luke Rockhold on short notice in the main event of last week’s UFC 199.

Hall, meanwhile, was last seen losing a decision to surging prospect Robert Whittaker at UFC 193. He’s won five out of his last seven bouts, including his highlight reel spin kick finish of Gegard Mousasi at last September’s UFC Japan. The Ultimate Fighter (TUF) legend has consistently shown a trend of alternating between amazing stoppages and lackluster performances, but many still believe a potential showdown with ‘The Spider’ would be one of the finest striking battles that could go down in mixed martial arts.

While Silva’s team recently said a UFC 200 return was unlikely, Sonnen claims to have knowledge otherwise. If it’s true, UFC 200 just got that much bigger.