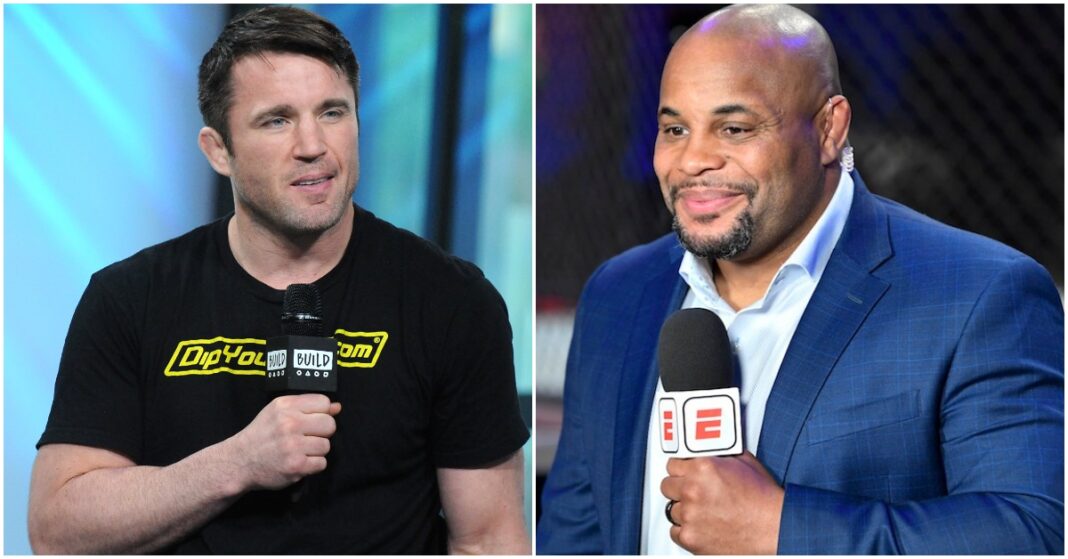 With a title reign that lasted 2,457 days, many consider Anderson Silva the greatest middleweight of all time but with Israel Adesyana run at 185lb some are beginning to question Silva’s claim.

One person who completely dismisses this claim is former UFC two-weight world champion, Daniel Cormier, stating that Adesyana has ‘work to do’.

It didn’t take long for the ‘The American Gngster’ Chael Sonnen to call out Cormier for these comments. On one of his latest YouTube videos, Sonnen did not hold back.

“What the bleep is Daniel Cormier talking about?!” Sonnen questioned. “There is nothing on that, that is accurate. There is no way that Daniel believes it, except Daniel fought Anderson Silva, and would like to pad his own resume so he wants to have beaten the greatest of all time, is all I can think. Or, he just didn’t have enough time to think about the question – there is zero truth to it.” (Transcribed by BJPenn.com)

Sonnen would go on to cite the bout between Adesyana and Silva as enough evidence to prove his point. “I’ll tell you this: they fought, and it was a good fight.” Sonnen said, “Adesanya won, two rounds to one, everyone saw it the same way as the judges.

“Adesanya won one and three, Anderson won number two, it was a valiant effort by Anderson. It was closer than any of us thought it was going to be, it was a great fight. But that still answers the question, if you’re being fair.”

Although Sonnen is correct, Adesyana did beat Silva but ‘The Spider’ was 43 years old at the time of the fight and was passed his prime but Adesyana had also not developed into the fighter he is now.

Do you agree with Chael Sonnen? Or do you think Anderson Silva is still the GOAT?