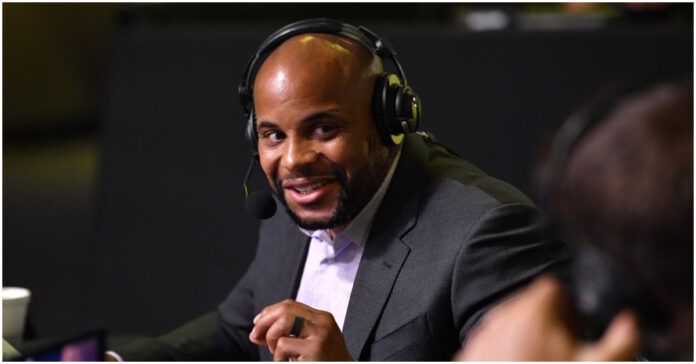 Israel Adesanya has remained undefeated as a middleweight in MMA and now as champion in the UFC is beginning to lap the division, having already beaten four of the top five ranked contenders. Next month, Adesyana will face Robert Whittaker in a rematch of their first fight in which Adesanya dethroned Whittaker for the undisputed crown.

If Adesanya is to be victorious over ‘The Reaper’, Anderson Silva may be contested for the title of middleweight GOAT. Adesanya is undoubtedly one of the greatest middleweights ever but former light-heavyweight and heavyweight champion Daniel Cormier still believes ‘The Spider’ edges it.

“No. Dude, Anderson Silva existed,” Cormier said when asked if Adesanya is the middleweight GOAT on ESPN MMA’s DC & RC Show. “Anderson Silva existed. Like, I don’t get this recency bias that fans have. Honestly RC, I think the word goat gets thrown around way too easy in fight sports.

Silva’s reign was that of legend, spanning over six and a half years with over a dozen defences to his name. Along the way, Silva would collect the scalps of some of MMA’s best including Chael Sonnen, Vitor Belfort, and Damian Maia.

Much like the great Ali, Silva too produced some of his respective sports greatest ever moments. The last-ditch triangle win over Sonnen, the Belfort front kick KO and the knees delivered to Rich Franklin, are just some of the things which add to his mystic.

Do you agree with Daniel Cormier? Or do you think Israel Adesyana as the 185lb GOAT?