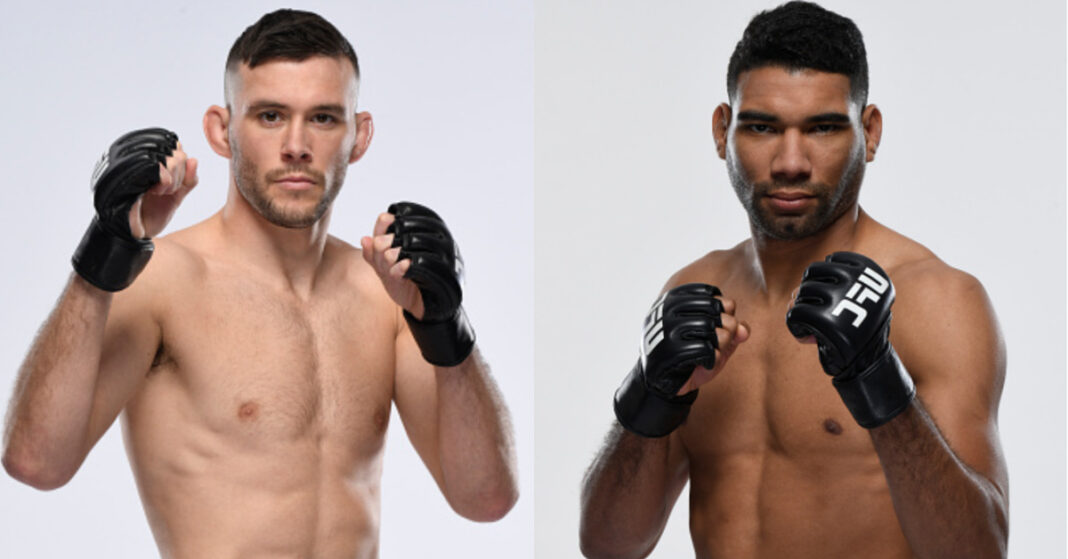 Bill Algeo and Herbert Burns will now face each other in a featherweight clash at UFC Long Island on July 16th after their original opponents Billy Quarantillo and Khusein Askhabov withdrew from the card. The change was first reported by Nolan King on Twitter following an announcement on Algeo’s OnlyFans.

Emanating from UBS Arena in Elmont, New York, the main event of the evening features a featherweight showdown between former UFC title challenger Brian Ortega and No. 4 ranked contender Yair Rodriguez. In the co-main event, Miesha Tate makes her flyweight division debut when she takes on ‘Lucky’ Lauren Murphy.

Bill Algeo (15-6-0) has alternated wins and losses since making his UFC debut two years ago. In January, he earned a unanimous decision victory against Joanderson Brito. ‘Senor Perfecto’ looks to make it two-in-a-row for the first time in his UFC career when he steps into the Octagon against Herbert Burns.

Herbert Burns (11-3-0) returns to the Octagon for the first time in nearly two years. Sidelined with a knee injury, the last time fans saw ‘The Blaze’ in action was at UFC 252 when Stipe Miocic and Daniel Cormier completed their trilogy. In his last appearance, Daniel Pineda snapped Burns’ five-fight winning streak dating back to 2018. He now looks to get back into the win column at the expense of Algeo.

Who do you see winning in this UFC Long Island clash!?