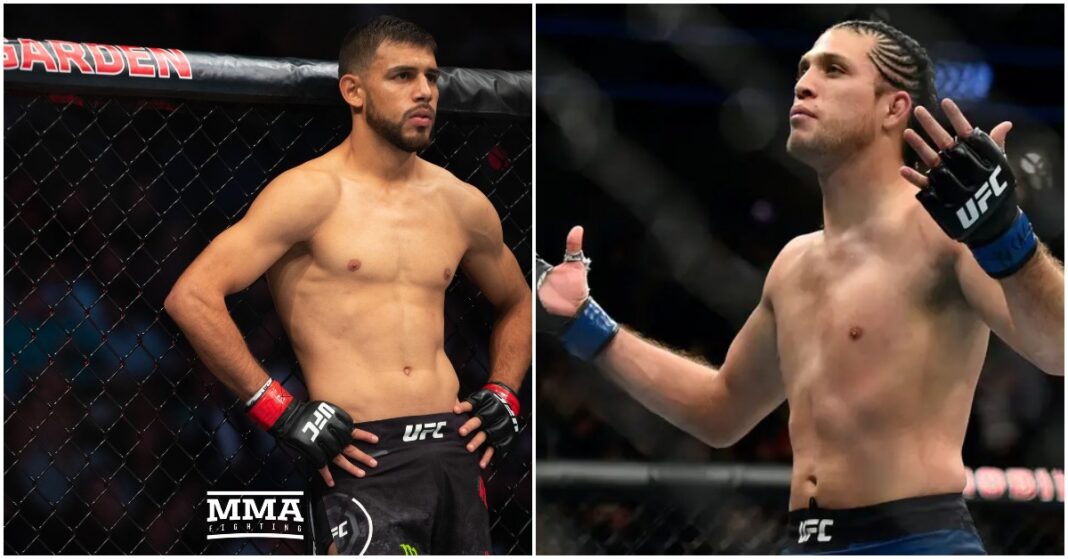 Brian Ortega and Yair Rodriguez are set to square off in the main event of the July 16th card in Long Island, New York.

The matchup headlines two of the best fighters in the featherweight division, and looks to be a title eliminator for both. The fight will be a five round fight, since it is a main event. It should be a really god fight between two guys that have different fighting styles.

Both Rodriguez and Ortega are on the fringe of possibly getting a title fight in their future. Ortega had most recently had a title fight against Alexander Volkanovski that unfortunately for him, didn’t go his way. Ortega had come very close to submitting Volkanovski a couple of times in that fight, but couldn’t get ‘Volk’ to tap.

This will the fourth straight headlining event for Brian Ortega, while also being Rodriguez’s fourth in five fights that he has headlined.

Rodriguez is looking to get his first title shot of his career. He is known as one of the best strikers in the entire division and went toe to toe with Max Holloway, in a fight that saw Rodriguez suffer from a gnarly foot injury halfway through the fight. A win over Ortega could prove to be the win that gets Rodriguez his first title shot.

Depending on what Volkanovski would like to do next may be what dictates who Rodriguez fights next as well. There have been rumblings of a possible move too Lightweight to challenge for the championship if he beats Holloway again. However, if Holloway gets a win over Volkanovski, we could see a fourth fight between the two.

If that is the case, a fight between the winner of Calvin Kattar and Josh Emmett would be in the cards for whoever comes out victorious of this bout.