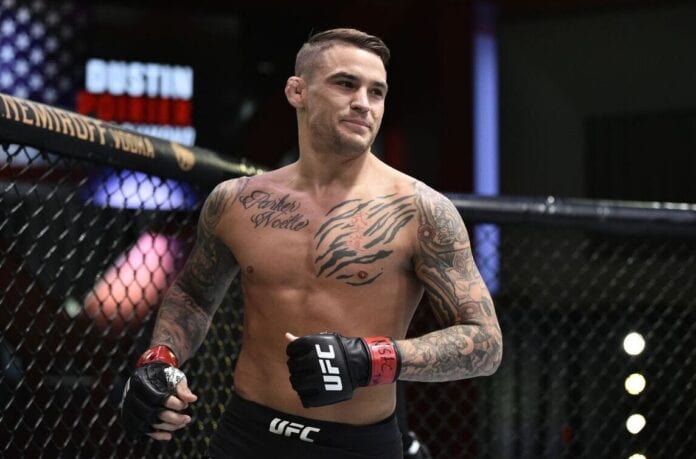 Ben Askren has been keeping himself relevant since retiring around this time last year, and he’s got someone else to say some choice words about. As we’ve heard, Dustin Poirier versus Tony Ferguson is no longer happening.

This started when Poirier had the following to say to ESPN yesterday:

“I’m in. I’m at American Top Team. I just need to be compensated if they want this fight, simple as that. I’m a prize fighter and the prize needs to be right.”

He then told ESPN earlier today that the negotiations didn’t work out:

ESPN also reported that Poirier will be heading home to Lafayette, Louisiana next week. This is incredibly unfortunate considering how great of a card this is, hopefully they can figure something out.

Former multiple-time Bellator and ONE Championship Welterweight Champion Ben Askren had some input to add to this situation.

It’d be a true shame if they don’t end up working this out. Dana White stated that this was a backup for the title fight on the card, in case anything should happen, and it’s pretty obviously a No. 1 contender fight.

With everything Poirier’s done in his career, from the wars he had with Anthony Pettis, Eddie Alvarez twice, Justin Gaethje, Cub Swanson, Chan Sung Jung, Max Holloway, Dan Hooker, to everyone he’s knocked out, he deserves to be paid accordingly.

He’s improved so much throughout his career, from coming to the UFC and battering Josh Grispi, who everyone thought was the future, to everything he’s done since. Poirier’s one of the very best fighters on the entire planet.

If they end up working this issue out, which they should becuase of everything Poirier’s done for them, we’ll have an incredible night of fights to look forward to. The fight card as of now is posted below: