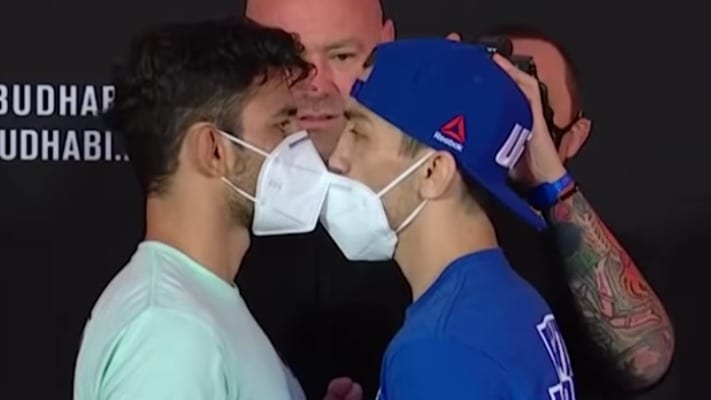 Kicking off the UFC Fight Island 2 main card is a flyweight bout between Alexandre Pantoja and Askar Askarov.

Round 1: Pantoja starts with a superman punch. Askarov goes for a takedown but Pantoja reverses with a guillotine. Askarov escapes and is now in Pantoja’s guard. Pantoja attempts a triangle and an armbar but Askarov isn’t in danger and starts to land ground and pound. Pantoka looks for a heel hook now but once again, Askarov is fine. Pantoja stands up but Askarov has his back. Pantoja escapes but Askarov is relentless in looking for the takedown. Pantoja escapes and after a scramble ends up on the ground with Askarov’s back. He looks for the rear naked choke but Askarov is doing well to defend and lasts the round.