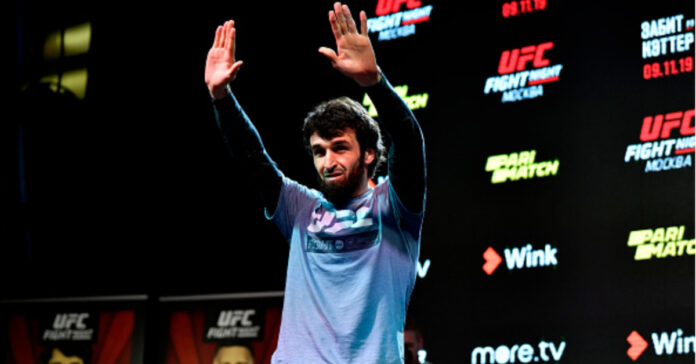 In June, UFC prospect Zabit Magomedsharipov retired from the sport of mixed martial arts. It was a surprising move by the 31-year-old who held an impressive record of 6-0 in the UFC and 18-1 overall.

“I know that many of you were waiting for my return, there was not a single day that someone did not ask when my next fight was,” Magomedsharipov wrote on Instagram. “But I decided to end my pro sports career. Disruptions of fights, and then health problems — all this did not allow me to perform/fight earlier. I have recovered now, but I don’t feel the way I used to.”

There has been much speculation as to why the potential star suddenly decided to walk away from the sport. Some, including MMA journalist Ariel Helwani, suggested it was for religious reasons. In a recent interview that was translated by Fighting Flashback on YouTube, Zabit Magomedsharipov broke his silence and claims it was a series of broken promises by the UFC that urged him to throw in the towel on a career in combat sports.

“There were many reasons. Firstly, because of refusals to fight with me. I had no fights for two years. Then there were injuries, I was sick a lot. I didn’t recover. Such, many reasons. The main reason was I was not able to fight. They didn’t give me a title shot. They promised me one thing and did another. They promised me and didn’t keep that promise. That was the main reason why I got mad.”

Zabit Magomedsharipov Trades in His His 4oz Gloves For Scrubs

Following his retirement from MMA, Zabit Magomedsharipov revealed that he was pursuing a career in the medical field. In a post uploaded on the fighter’s Instagram, he can be seen in the office of Doctors of the World. Established in 1980, DOW provides emergency and long-term medical care to the world’s most vulnerable people. It also advocates to end health inequities.

Immediately following his retirement, Ariel Helwani spoke to UFC featherweight Alexander Volkanovski on ‘The MMA Hour‘ about the sudden retirement. Helwani speculated that it was based on Zabit Magomedsharipov’s religious beliefs.

“From what I was told, he had almost like this moral religious dilemma that he was dealing with,” said Helwani. “He’s very religious and I think he reached a point where he just didn’t wanna do it anymore. Now, his brother fights and he corners his brother, which I think is very interesting, but obviously everyone is different.”

During the conversation, Volkanovski seemed to speculate that it could have been an issue with Magomedsharipov’s “gas tank” while competing.

“He was very very well-rounded,” Volkanovski said. “He’s a great fighter. Obviously, he just had that issue, that gas tank issue, which can be dealt with. Like right now, for all the time he’s had off, was him trying to improve that. You know what I mean?”