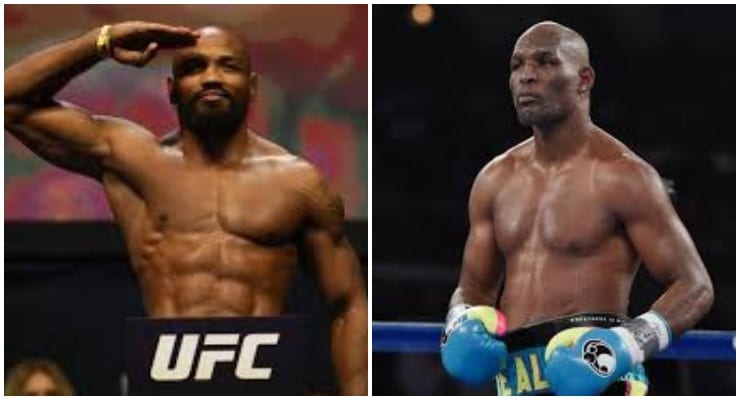 Yoel Romero has revealed his plan to continue fighting for 10 more years.

Whilst speaking with his friends on the UFC 248 Countdown show Romero discussed his goals for the future and spoke about exactly how long he will continue fighting, he said.

“You know what my goal is? Surpassing Bernard Hopkins – the boxer. I think he trained until age 51. That’s my goal, surpassing him.

Romero is still very much at the top of his game and has no need to consider retirement. Despite suffering back-to-back defeats, the 185lb title challenger has shown no drop in performance levels

His losses against Paulo Costa and before that in his rematch against Robert Whittaker are controversial to say the least. Many people believe Romero despite his record is the uncrowned middleweight king.

This weekend he’ll get the chance to make it official when he takes on 30-year-old champion Israel Adesanya at UFC 248 in Las Vegas, Nevada. It’ll be the Cuban Olympian’s second title shot after previously falling short against former champion Robert Whittaker when they first met at UFC 213.

He’ll face a very tough test fighting Adesanya who is not only much younger but boasts size and reach advantages in the UFC 248 main event fight.

Adesanya is flying high after winning consecutive title bouts. First, he beat Kelvin Gastleum over five rounds to claim the interim belt. Next, he unified the middleweight division by stopping compatriot Whittaker inside two rounds last time out.

How long do you think Yoel Romero will continue fighting for?