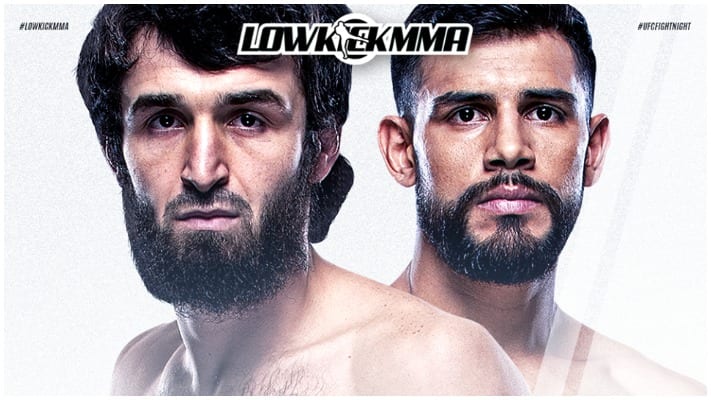 Yair Rodriguez has picked up an ankle injury and has been forced to withdraw from his August 29 main event fight against fellow featherweight contender Zabit Magomedsharipov.

The news was first broke by Mexican outlet Milenio and later confirmed by ESPN’s Ariel Helwani who also told his social media followers Calvin Kattar has made himself available to fight Zabit on August 29, he wrote.

“Yair Rodriguez is out of the the Aug. 29 main event versus Zabit Magomedsharipov due to an ankle injury, Dana White confirmed fonight. Calvin Kattar, via his manager Tyson Chartier, has agreed to step in on short notice. No word yet on what the UFC plans on doing.”

“Just be to clear here, Kattar offered to step in. UFC hasn’t decided yet what they’ll do with Zabit.”

UFC president Dana White also confirmed Rodriguez is out during his post-fight press conference for the return of the Contender Series.

“He had a high ankle sprain and a fracture,” White said. “He’s out.” (Transcribed by MMA Junkie)

Magomedsharipov has announced himself as one of the best at 145lbs with wins over Calvin Kattar and Jeremey Stephens. His unorthodox style has excited fans during his UFC run and pushed the Russian towards the top of the division.

Kattar is clearly keen on another shot at Magomedsharipov after running him close when they first fought at UFC Moscow in November last year. The 32-year-old is riding hight after beating Dan Ige over five rounds. He’ll be confident he can do the same against Zabit who has shown signs of gas tank issues throughout his UFC run.