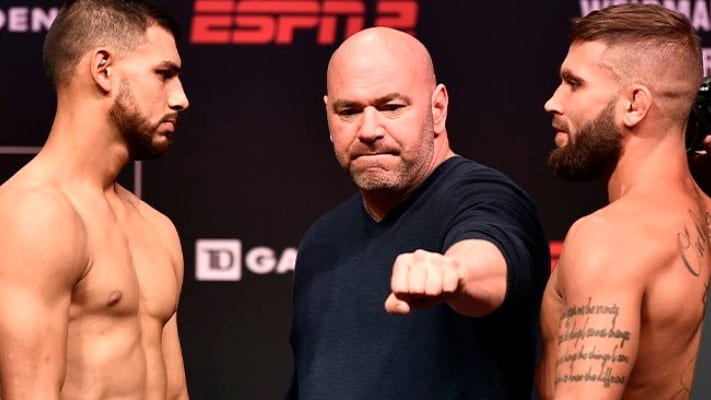 In the co-main event of UFC Boston, Jeremy Stephens took on Yair Rodriguez at featherweight.

Rodriguez opens up with a flying kick to the face that lands. They clinch up and Rodriguez pushes Stephens to the cage. Rodriguez separates with an elbow. A spinning kick from Rodriguez misses but he connects with a front kick to the body. Nice kicks to the body are landing for Rodriguez. Rodriguez is starting to put his shots together now.

Rodriguez continues to use his kicks well and comes in with a flying knee to clinch up. Stephens has control against the cage now. Rodriguez connects with a jumping switch kick. The round comes to an end.