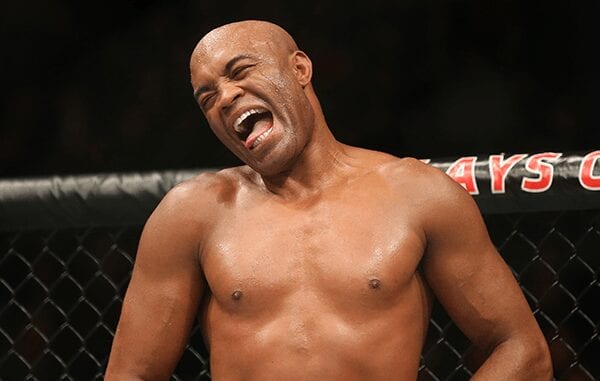 There are few countries that take MMA as seriously as Brazil. Therefore, it would come as no surprise that many of the greatest Latin American athletes have come from the country. There have been a number of major stars from Brazil representing the nation in the UFC, and that continues to this day. But, which fighters will be forever remembered as some of the greatest Brazilian MMA fighters in the history of the sport?

It would be extremely hard to argue with the fact that Anderson Silva is the greatest Brazilian MMA fighter in history. In truth, many, including Dana White and Joe Rogan, both rank him among the very best MMA fighters in history. Silva holds a wealth of historic records within the UFC, but none are more famous than his record run as UFC Middleweight champion, which stretched to a stunning 2,457 days.

During that run, he successfully defended the title on 16 occasions, which is also a UFC record. His record-breaking run began against Rich Franklin, as he scored a stunning KO victory in the opening round. Following that success, he would go on to beat stars such as Demian Maia, Vitor Belford, and Stephen Bonnar. However, he would finally lose the title at UFC 162 in July 2013, as he was beaten in the second round by Chris Weidman. Silva called time on his professional MMA career in 2020, as he returned to boxing.

It would be hard to put together a list of the greatest Brazilian MMA fighters in history without mentioning one of the great pioneers of the sport. Royce Gracie was part of the famous Gracie family, and he remains a Gracie Jiu-Jitsu practitioner to this day. He rose to fame during the early 90s, as he emerged as one of the most talented fighters in the UFC, as he recorded victories at three of the first four events that were held.

Gracie is most fondly remembered in the octagon for his rivalry with Ken Shamrock, who he beat at the inaugural UFC event. The two later fought to a draw at UFC 5 in a Superfight Championship match. However, his career in MMA also goes beyond UFC, as he fought Kazushi Sakuraba in 2000 in a 90-minute bout, before taking part in a cross-martial arts bout against Judo superstar Hidehiko Yoshida.

There are few more influential figures in the history of Brazilian MMA than Jose Aldo. He made history during his time with the UFC, as he became the first-ever Featherweight champion following the merger between WEC and UFC. Therefore, he was also the final WEC Featherweight champion. During his prime, there were few more formidable fighters in the weight class, he successfully defended his WEC title on two occasions, before defending his UFC title on seven occasions. His record in the octagon was simply stunning, as he went 18 straight fights without defeat, and hadn’t tasted a loss for over ten years.

However, his winning record ended at UFC 194, as he was stunningly KO’d by Conor McGregor inside the first minute of their title bout. However, that loss hasn’t damaged his legacy, as he is still regarded as one of the greatest featherweights in the history of MMA. Aldo announced his retirement from the professional sport earlier this year, following his defeat against Merab Dvalishvili at UFC 278.

Rafael dos Anjos is the only active fighter that makes our list, as the 38-year-old is still a prominent figure in the lightweight division. The Brazilian is currently ranked as the seventh-best fighter in that division, but he has already achieved an incredible amount throughout his career. He has recorded 31 wins from 45 fights and was a former world gold medallist at the World Jiu-Jitsu Championships before moving into the UFC.

Dos Anjos won the UFC Lightweight championship at UFC 185 in 2015, as he beat Anthony Pettis by decision. He would successfully defend his championship on one occasion, before being beaten by Eddie Alvarez. The Brazilian also attempted to become a two-weight champion, but he was beaten for the UFC Welterweight title by Colby Covington in 2018.

There continues to be a huge Brazilian influence in the UFC, and that looks set to continue for generations to come. Some of the biggest stars in the history of the company have come out of Brazil, and they have set the groundwork for potential champions who one day hope to follow in their heroes’ footsteps.